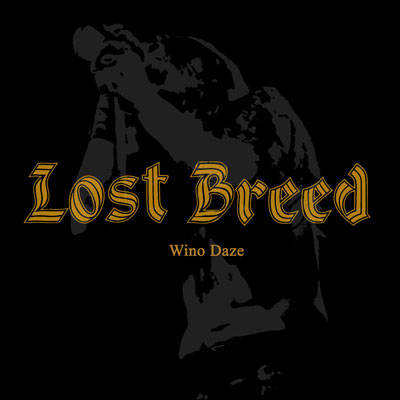 In 1988 – around the time that Saint Vitus were dropped from SST and in a state of flux – legendary frontman Scott “Wino” Weinrich joined the LA metal band LOST BREED as their singer for around nine months. During that time they played a bunch of gigs and recorded a demo. Wino then hooked up again with Vitus for the next couple of years and LOST BREED went on to do two albums thanks to Wino’s connection with Hellhound Records of Germany, Save Yourself and The Evil In You And Me.

Anyway, enough of the history lesson. This recording was bootlegged by Marshall Levy/Mars Hall of Doom/Peace Records of Maryland and has never been widely available until now and today, you can stream the track ‘False Glory’ below.

“Musically Lost Breed are less all-out ‘doom’ than a lot of the Hellhound bands, though they definitely have their nods to the masters of all, Black Sabbath. Listening to the driving riffing of ‘Coffin Cheater’ and ‘Soul Chariot’ there’s most certainly a heavy Randy Rhoades-era Ozzy/early Quiet Riot influence going on, and Wino’s soulful vocals and lyrics totally set the band apart. These guys have a craft to writing a song that very few bands possess and I’m amazed that they never became huge. The song ‘Lost Breed’ has to be amongst my favourite pieces of music ever recorded, the lyrics and delivery are absolutely 100% what it’s all about for me. ‘Chosen few, for life we bleed, forever true, a lost breed’…

Whilst I’m a huge fan of Wino and own and love everything he’s ever put his name to, Lost Breed are genuinely one of my favourite bands of all time and every song they ever recorded is genius as far as I’m concerned, so putting out this record really means a lot to me. This has been a bit of a labour of love and it’s taken such a long time because I wanted it to be the best it could be!”

More information and Pre-Orders are now available from the At War With False Noise website at www.atwarwithfalsenoise.com.