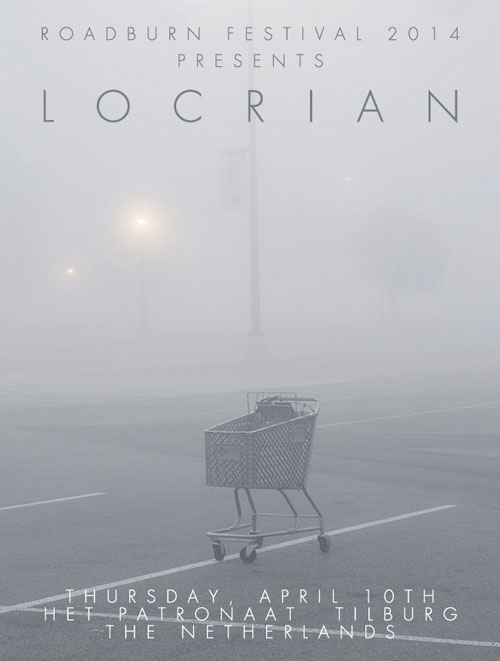 In a true coup, Roadburn are thrilled to announce pitch-black experimental avant-drone trio Locrian will be enshrouding Roadburn Festival 2014 in their blackened pall. Playing what will be their very first show on European soil, the grim Chicago post-industrialists will be bringing their nebulous drones, uncomfortable ambience and buried black-metallic shrieks to Het Patronaat in Tilburg, The Netherlands on Thursday April 10th.

Since their 2005 origins as the duo of André Foisy and Terence Hannum, and across six critically acclaimed full length releases and numerous collaborations and Eps, Locrian have been in a constant state of evolution, continually striving to express the inexpressible, creating soundscapes that have encompassed the spectrum between the white-hot furious noise and metallic clang of early Industrial music, the bleak introspection of the Post-Punk years and the hypnotic repetition and droning melodicism of the classic Krautrock bands.

With the addition of percussionist Steven Hess for 2010′s universally well-received The Crystal World the sonic palette of the band has expanded, leading to the significantly more rhythmic, terrifyingly bright spaciousness of Locrian‘s latest release, and first original full-length recording for Relapse Records, Return To Annihilation.

Prepare for Locrian to bring forth the cloying, terrifying darkness at Het Patronaat, but to also provide the light at the end of the tunnel… eventually.