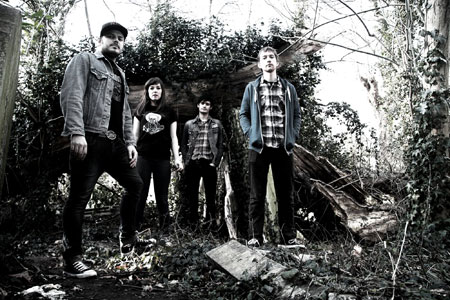 LIMB are a London-based quartet who deploy crushing riffs, rhythms and vocals, all housed in a vat of slow-churned tar that fans of Goatsnake and Weedeater will lap up. It’s not all crushing atmospheres though: the band shift up through the gears with ease to deliver driving rhythms and galloping riffs in ‘Black Rat‘ and ‘Dead Voice‘, both of which take you back to glorious classic rock hooks of the ’70s.

The band are also not afraid to ease up on the attack either: there’s an undercurrent of barely restrained melody, most prominent in the stripped-down passages of the opening track ‘Daemoness‘, whose vibe is that of AmRep records or even Neurosis.

This demo was originally recorded live by the band in January 2012 at Audio Underground studios, and has been remixed for this special release. This is no Pro Tools-assisted sterile recording: this is what a demo should sound like. The recording sound is utterly filthy, and captures the true sound of a band playing live, giving it their all and fighting to be heard.

Released by Witch Hunter Records and limited to 100 copies on CD, it comes with a folded card inlay and parchment insert, housed in a plastic wallet, with artwork by Chris Alliston and layout by LIMB. It is also available through Bandcamp (pay what you want download), Spotify, Amazon, iTunes and you can also stream it below…

LIMB commented on the release…
“We’re really excited and honoured to be able to work with Witch Hunter Records. For all the profiteers and bullshitters you meet, there remain people out there who release music, put on gigs, and keep scenes interesting purely through their own enthusiasm and commitment: Chris, of Witch Hunter, is certainly one of those people.”

Chris Kaye at Witch Hunter Records also commented…
“It only took 10 seconds of viewing the awesome video for ‘Daemoness’ by Limb and I was hooked. A few emails to the inner circle confirmed their credentials, so contact was made, and this is the result of 3 months of behind the scenes work. A remixed and limited edition CD of their well received demo that was only previously available online, and deserving of a wider audience. Listen and enjoy!” 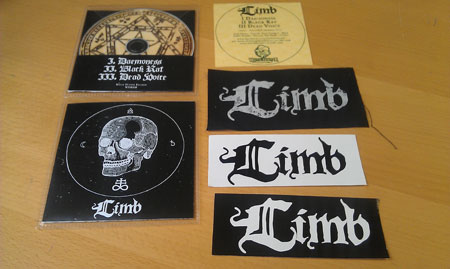 Praise from the press…

“Limb show here they have more than just potential across the three tracks on offer, with a real Weedeater swerve mixed with the grooved aspects of Acid King, Goatsnake, etc. There’s plenty of steady riffs and crushing beats brewing from this quartet that certainly earmarks them as ones to watch” – We Must Obey

“The genre of doom/stoner can often need the cobwebs blown off its bong, and Limb are fine contenders to do so” – Ragged Witch Grass

“Limb might seem one of those bands that will be too heavy for most people, but when you listen to their stuff it’s not that simple. Whilst the tracks here are heavy, there’s also a fair whack of melody running through things which keeps them as something you can happily sit back and just listen to” – Loud Stuff

STEAK Fly Off To Palm Springs To Record Their Debut Album!