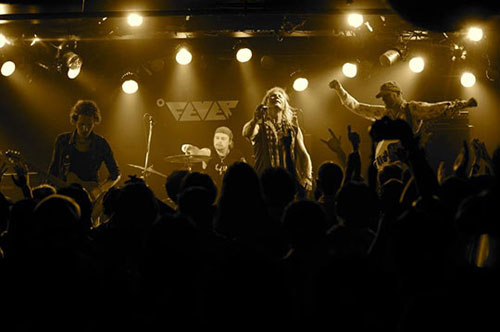 The iconic heavy ’70s cult band and pioneers of stoner rock LEAF HOUND are back again, releasing Live In Japan, filmed in 2012, through Ripple Music and is available now! Not surprisingly, the demand for this record has been so high that it is already sold out at Ripple HQ. The album will be available on LP, CD and DVD and is in stores now, but orders through Ripple Music will become available as soon as the supply is replenished, you can also stream this live recording below:

Few bands from the protometal period command the undying respect and nods of approval as does LEAF HOUND. Talk about a pedigree. LEAF HOUND formed in 1969 under their original name, Black Cat Bones. Early incarnations of the Black Cat Bones featured guitarist Paul Kossoff and drummer Simon Kirke who both left to form Free. Black Cat Bones issued one album then replaced their vocalist with perfect-wailer Peter French, Guitarist Rod Price departed soon after to join Foghat and French added his cousin Mick Halls on guitar. With that change, LEAF HOUND was born.

In 1971, LEAF HOUND released the seminal album “Growers of Mushrooms” which has rightly been hailed as a bona fide worldwide cult classic of the hard rock genre, discovered by each new generation of rock fans. It has been cited as a hugely important album in the evolution of both the Heavy Metal and Stoner Rock genres, much like the first Black Sabbath album. Classic Rock Magazine has raved that “Growers of Mushrooms” is one of the most influential pieces of music on the stoner rock, and the album has gained a reputation as being one of the true lost gems of the early British hard rock scene. Original Decca vinyl copies on are one of the most rare collectable rock albums out there with prices soaring above £4,000! It was recorded and mixed in one brief 11-hour session in 1970. By the time it was released by Decca in 1971, the `Original incarnation of Leaf Hound’ created by Peter French together with cousin Mick Halls had already broken up.

Frontman French then joined up with Cozy Powell to briefly play with Birmingham based group `Big Bertha’, But a short time afterwards was invited by Vincent Crane to join Atomic Rooster as their lead vocalist in that same year, and recorded with them the Atomic Rooster ‘In Hearing Of’ album. It was during Atomic Roosters successful tour of America and Canada that Carmine Appice and Tim Bogert invited French to join the American Rock group Cactus on Atlantic Records; he accepted and left Atomic Rooster to go to the States to tour and record with Cactus ‘Ot’n’Sweaty’ album. 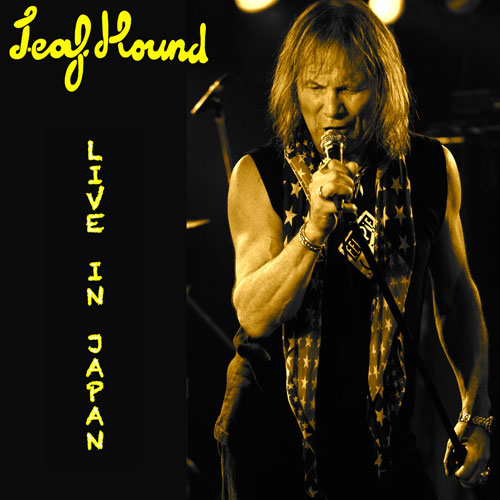 French later went on to tour and record with Polydor to record in Los Angeles the album ‘Fast Forward` with the German based band Randy Pie, then a few years later he would record his acclaimed solo album for Polydor, Peter French ‘Ducks In Flight’, which featured Brian Robertson, Kenny Jones, Mickey Moody, and Mick Halls amongst others.

In 1993 Record Collector Magazine got in touch with French to do an extensive interview and write a seven page article about this rare previously undiscovered classic album, LEAF HOUND‘s ‘Growers Of Mushroom’ this almost forgotten album was later to prove to become a favourite of tape traders and bootleggers for many years, it finally received an official re-release on CD in 1994 on the Repertoire label, and it was at this point that a whole new generation of rock fans worldwide discovered its delights. As the album’s reputation and popularity spread, French was eventually persuaded to put a new version of Leaf Hound together in 2004, recruiting guitarist Luke Rayner, drummer Jimmy Rowland and bassist Ed Pearson. After releasing a single on the Rise Above label, this new incarnation of the band released a highly acclaimed new album, LEAF HOUND ‘Unleashed’, in 2007, on R.A.R.E./Repertoire which received excellent rock reviews, and having gained a reputation as a formidable live act. Leaf Hound appeared at several festivals in Sweden including Sweden Rock in 2006 and Mellotronen, alongside Opeth and Comus. LEAF HOUND also made a high profile appearance at Holland’s Roadburn Festival, supplemented by numerous club gigs with acts such as Nazareth, Mountain, Orange Goblin and Witchcraft.

More recently, with Pete Herbert replacing Ed Pearson on bass, the band made an acclaimed appearance at the inaugural Desertfest in London and returned to the Roadburn Festival in Holland to perform ‘Growers Of Mushroom’ in its entirety to mark the album’s 40th anniversary, the band also played the Serie Z festival in Spain alongside Wishbone Ash and Y&T.

More than 40 years later after the release of that legendary ‘Growers Of Mushroom’ record, LEAF HOUND are finally back! It was during a sweltering hot Japanese summer of 2012, that LEAF HOUND were invited to make their first ever appearance in Tokyo, Japan. These shows were recorded and filmed for a limited release in Japan as a live album and DVD package by Captain Trip records in 2013. LEAF HOUND have now teamed up with American label Ripple Music, who will be releasing the LEAF HOUND ‘Live In Japan’ Vinyl album and DVD/CD set worldwide (Excluding Japan) in January 2014. Ripple Music will bring to a whole new audience the legend that is LEAF HOUND. With a roster of classic protometal rockers that includes Poobah, JPT Scare Band, and Iron Claw, Ripple Music has already proven its ability to bring classic rocking bands to a modern audience.

So look out world. The LEAF HOUND has been unleashed once again!