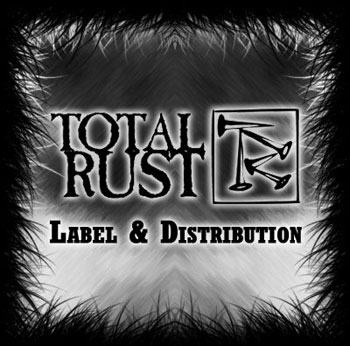 TotalRust will release LURK’s debut release
We are proud to announce that Lurk’s first full-length will be released through TotalRust. We stumbled upon this Finish band a few months ago and were blown away. This monster brings an eccentric mix of grim doom, death and sludgy black surge. The album was captured at Fantom Studio, Tampere. It contains six tracks and is recommended to fans of bands like Autopsy, Celtic Frost, Crowbar, Coffins, Winter… Release date – 12.01.12.
http://www.myspace.com/lurkdoom

Chaos Dei – Arising From Chaos
From the burning ashes of Hyadningar, please welcome Chaos Dei. This new French Black Metal band features Eurynome (the mastermind of Hyadningar) and Turannos (Hyandingar R.I.P & Ataraxie). This due managed to create another unique Black Metal album; Complex song structures that show excellent skills and bestial vocals that are wrapped in an organic raw production. Almost an hour of a real Black Metal exception that will be out on January 15th.

Botanist III is to be released through TotalRust Music
We are extremely proud to announce that Botanist III will be out via TotalRust Music in the first half of next year. If you are not familiar with BOTANIST, it’s one of the brilliant acts of today’s underground scene. This mysterious act comes from the fertile San Francisco Black Metal scene, released a pure masterpiece a few months ago (black metal that is based on drums and dulcimer – no guitars) and we are more than pleased to be the label that will release “III”; Another 2CD release, but this time it’s all about DOOM. Keep your ears open for this one. It’s something else.
http://www.botanist.nu

Geist “Der Ungeist” is still pending
Israeli Geist release is still pending. There are some artwork issues to solve and the album will be finally out. Stay tuned for this sick Black Metal release. Release date will follow shortly….

Distro Catalogue continues to grow
TotalRust distro catalogue contains more than 3000 CDs, new items are being added on a regular basis, we accept paypal, ship worldwide (with, or without plastic boxes) and shipping is included! Check it out!