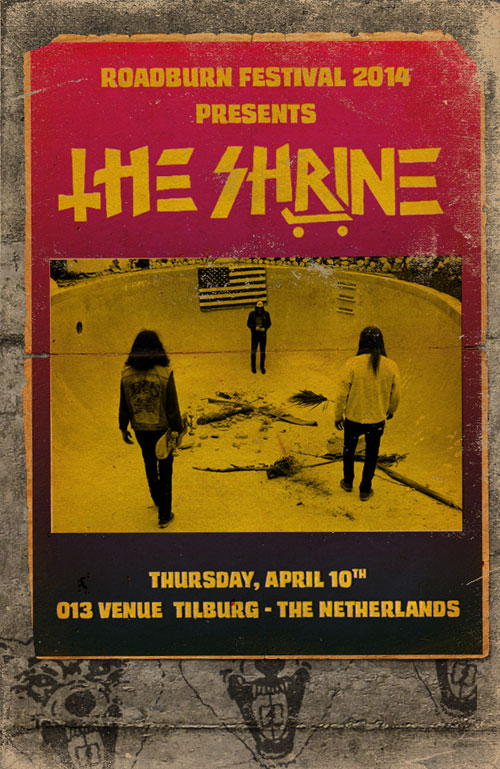 Grab a six pack! It’s time for some high energy, rock ‘n roll action when Los Angeles’ The Shrine hits the stage on Thursday, April 10 at the 013 venue in Tilburg, The Netherlands. Walter & co are feeling inspired… should they put up a skate ramp at Roadburn 2014?

No, let’s empty some pools, and conquer these concrete bowls! Right here, right now, as the hairy dudes in The Shrine could easily have been part of the 1970s Zephyr skateboard team. Or at least, they would have put up their big ass amps (draped with an American flag, of course) next to the pools, and crank some drug addled, SoCal primitive blast to get it all going, pure and simple!

The Shrine packs a damn gnarly, yet catchy, take on Black Sabbath, Black Flag and MC5, and their riffs, energy and appearance make it obvious that it’s time for some debauchery of sorts. To our ragtag group of riff-raff friends (stoners, punks and skate metallers alike) — dig it!