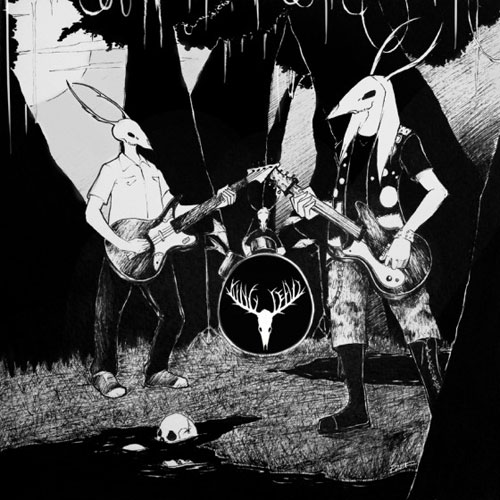 Pennsylvania bass and drum instrumentalists, KING DEAD, are very pleased to announce the release of their debut EP. Recorded live in their practice/performance space, The Living Room, in Stroudsburg by Dave Reiser of Rock Hard Studios, the self-titled offering features five organic movements of ethereal, desert-styled Spaghetti Westernish psychedelia that seethe under the bulk of their own whirling, glassy-eyed heaviness.

Relays The Obelisk, “At thirty-three minutes, the self-titled and self-released debut from Pennsylvania instrumentalists KING DEAD sits right between an EP and a full-length outing. The trio’s sound is similarly nebulous, hovering between psychedelic post-rock, heavier amplified push and Morricone-via-Earth soundscaping, and as their first five songs showcase, they come equipped with a formidable scope. Shades of Pelican show up in the payoff to the cumbersomely-titled ‘As One Plows And Breaks Up The Earth, So Our Bones Have Been Scattered At The Mouth Of The Grave,’ and when closer ‘God Makes A Lot Of Fucking Promises’ launches from its Dustbowl swirl into lumbering crashes and more vicious churn, Neurosis‘ ‘Times of Grace’ seems a ready comparison-point…”

Tempos build, sounds and spirits collide. Get heady with the moodiness of “Length Of Rope,” now playing at The Obelisk at THIS LOCATION. 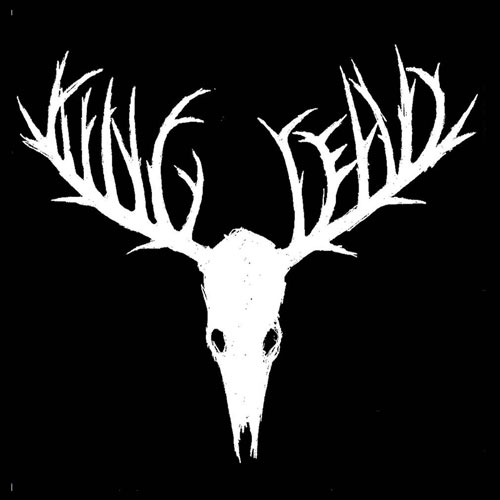 King Dead Track Listing:
1. Ghosts Along The Riverbank
2. As One Plows And Breaks Up The Earth, So Our Bones Have Been Scattered At The Mouth Of The Grave
3. Drowning In Dust
4. Length Of Rope
5. God Makes A Lot Of Fucking Promises

King Dead will be released independently on April 19th (Record Store Day) and is currently available for preorder at the band’s official BandCamp page HERE.

Additionally, KING DEAD will bring their desert jams to the stage with a pair of tri-state area shows with additional presentations to be announced in the coming weeks.

SAMOTHRACE: Decimate Your Ears To The New Album At Pitchfork