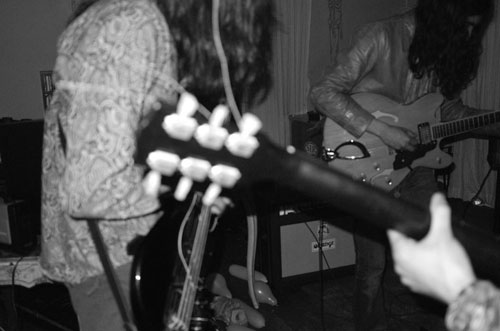 Cardinal Fuzz is proud to present KIKAGAKU MOYO and the album Mammatus Clouds. Previously available as a cassette only edition on Sky Lantern Records, Mammatus Clouds gets the deluxe vinyl treatment presented in a spined Metallic Gold screen printed sleeve with a 2 sided insert and download code.

Formed in Tokyo in the Summer of 2012 by Go Kurosawa and Tomo Katsurada the band released their first S/T record in 2013 on Cosmic Eye Records/Sound Effect Records. 2014 saw KIKAGAKU MOYO travel to the USA where they played what many declared the best live set at Austin Psych Fest. With releases on cult US labels Beyond, Beyond is Beyond, Captcha Records, Burger Records and Sky Lantern Records KIKAGAKU MOYO have become the most talked about band of 2014 with all their releases selling out as word of mouth begins to spread on this new cult Japanese band. 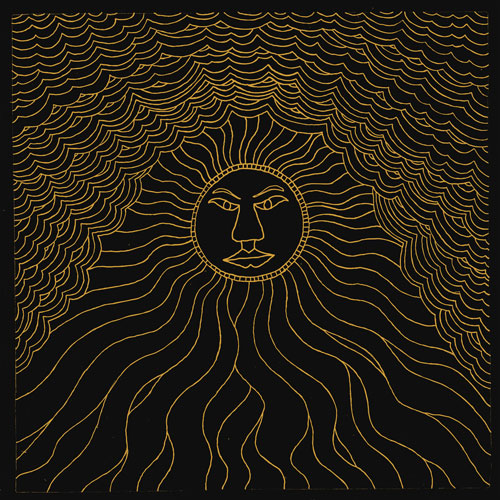 KIKAGAKU MOYO (Geometric Patterns) got the inspiration for their name after playing for six hours straight in the darkness at which point they started to see colours and patterns behind their eyelids. KIKAGAKU MOYO state that with improvisation they can freely explore beyond consciousness as they make ‘free music’ and you can well imagine this as they take you on a journey through inner space with Mammatus Clouds. Here we are treated to meditative waves of ritualistic music as sitar player Ryu is to the fore on these recordings as the band stretch out to infinity, falling somewhere between the collected works of Bo Anders Perrson, George Harrison’s sitar exploits and The Taj Mahal Travellers.

Cardinal Fuzz do not toss around such names lightly, but KIKAGAKU MOYO sits comfortably aside these titans to create something that is every bit as unique and timeless.

Stream Mammatus Clouds below and then order your copy from the Cardinal Fuzz webstore HERE.

GOAT Unveil New Video For The Track ‘Hide From The Sun’