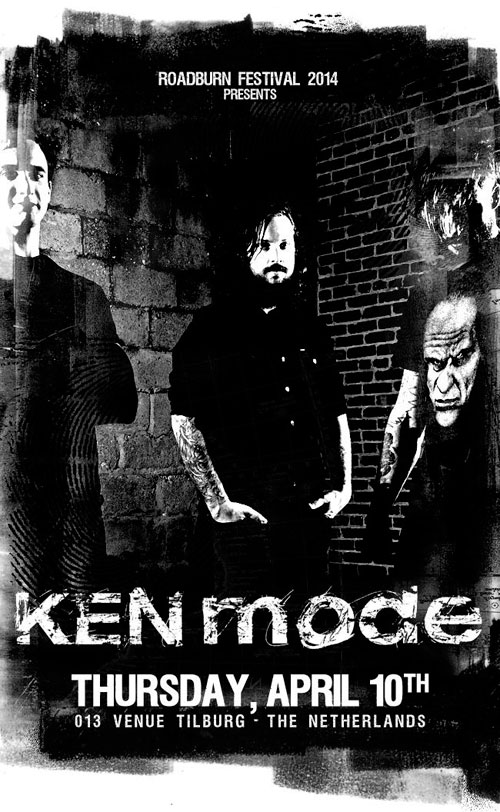 Roadburn are sorry to announce that KEN Mode have sadly had to cancel their appearance at Roadburn 2014.

The band have issued the following statement – “We are very disappointed to announce that KEN mode will be unable to appear at the 2014 installment of the Roadburn festival, which we were very honored to be considered for in the first place.

This isn’t the sort of thing we like to do, ever, based on our typically unrelenting schedule, but several factors played in to making the trip nonviable and it would be irresponsible for us to humour such a trip at this time. We are sorry to anyone who was looking forward to seeing us along with the multitude of other amazing bands, but hopefully we’ll be able to schedule something soon to make up for it.”

A replacement will be announced shortly.