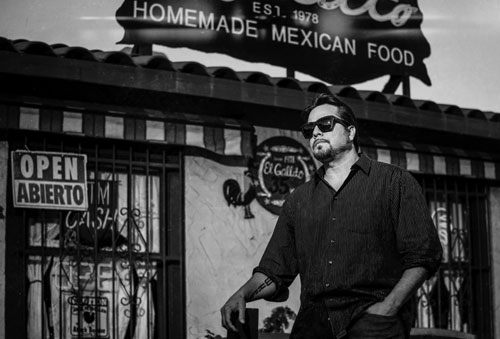 If Rock’n’Roll is personified by the Stones and Pop music by the Beatles, then Stoner was born with Kyuss. From the heavy, suffocating, arid Coachella Valley and the mystic Californian Desert around, came this legendary band 25 years ago – reaching definitive cult status worldwide ever since – before their three genre-defining masterpieces Blues For The Red Sun, Welcome To Sky Valley, as well as …And The Circus Leaves Town until their split in 1995.

After sharing a dream-come-true experience with fans in major festivals and great venues around the world fronting Kyuss Lives, legendary singer and frontman JOHN GARCIA recorded a follow-up to his legacy as Vista Chino with this critically acclaimed Peace LP. Next chapter, a long awaited intimate project: The upcoming and hotly anticipated solo album John Garcia – a masterpiece by the most distinctive voice of the entire Desert & Stoner Rock scene – to be released worldwide in July & early August of 2014 on Napalm Records!

This record is full of first-class, catchy rock numbers that commute equally between Classic Rock and concise Stoner elements. JOHN GARCIA has delivered a multi-faceted and extremely intense solo album that will stir up more dust than a sandstorm in the Californian desert. Robby Krieger ( The Doors ), Danko Jones, Tom Brayton, Mark Diamond and also Garcia’s old cohort in Kyuss Nick Oliveri show up as guest musicians to round out John’s solo masterpiece. 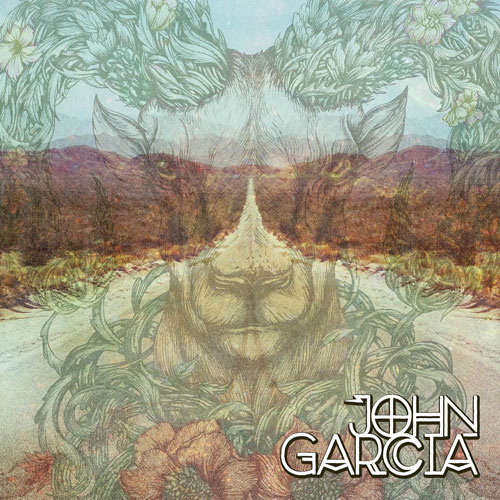 To celebrate his new release, JOHN GARCIA will hit the stages for an extensive European tour, not only presenting his solo record live, but also playing past and present: From legendary Kyuss songs off Sky Valley, Blues For The Red Sun, …And The Circus Leaves Town – including some rarities even Kyuss never played live – to Slo Burn, this tour will be a highlight and resumé of legendary tunes, that JOHN GARCIA has created in his career. John will be hitting the road with the following, fantastic musicians on stage:

Get ready, for one of THE most awaited tours in 2014:
JOHN GARCIA ( ex- KYUSS, VISTA CHINO, SLO BURN ) – LIVE ON TOUR, playing past & present! Catch a legend live at:

John Garcia is available now via Napalm Records webstore and you can also check out the video for My Mnd below: