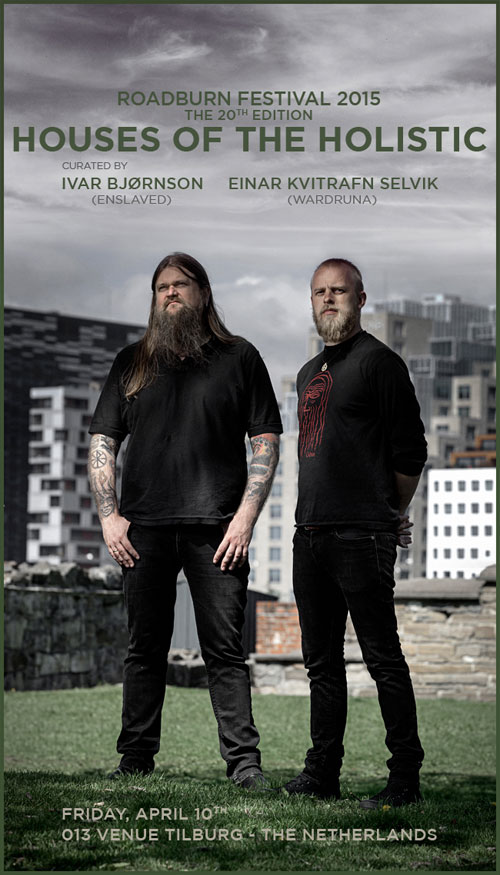 Roadburn are beyond thrilled to announce that Ivar Bjørnson of Enslaved and Wardruna‘s Einar Kvitrafn Selvik will curate the 20th edition of Roadburn Festival, on Friday, April 10, 2015 at the 013 venue in Tilburg, The Netherlands.

As curators, both Ivar and Einar will personally select the bands for their curated Roadburn event, named ‘Houses Of The Holistic’, and play special shows with Enslaved and Wardruna respectively as well.

The Norwegian pair, both former Roadburn performers, have played an important role in bringing together the past, present and future sounds of hard rock, progressive metal, and alternative scenes, which makes them the ideal choice to carry on the tradition that began in 2008 with David Tibet of Current 93, and continued with Neurosis, Tom G. Warrior, Sunn 0))), Voivod, Jus Oborn of Electric Wizard and Mikael Åkerfeldt of Opeth.

One of the most hard-hitting and progressive bands to come out of Norway, Enslaved has drawn other musical genres and artistic expressions into the realm of metal, while being recognized for merging tradition and modernity in a unique blend of rock, prog and black metal, earning them Spellemann Awards (Norwegian Grammys) for much acclaimed and groundbreaking albums such as Isa, Ruun, and Vertebrae among others.

Enslaved’s performance, dubbed ‘House of Northern Gods’, will consist of a set list specially put together for ‘Houses Of The Holistic’, featuring songs from the band’s entire catalogue that embody the Norse gods, with accompanying visuals created by revered Romanian artist, Costin Chioreanu. Be prepared for a surprise or two, or even more.

Ivar Bjørnson comments: “To say that my dream as a kid was to one day curate the Roadburn Festival would perhaps be to take it a tad too far – but it isn’t that far from the truth. There’s some ridiculously big shoes to fill, but luckily negative pressure, idea draught and performance anxiety aren’t something I’m into. It is my favourite festival in one of my favourite parts of the world; so this is nothing short of one the biggest honours I’ve been given! It is a privilege to undertake this challenge in twosome with Einar; an artist I truly feel in tune with artistically and philosophically – now it is all about hard work and dedication to ensure that the audience and the festival itself is given a Friday to enjoy, experience and remember. I for one can’t wait!”

Winning the award for Best Underground Band at the 2014 Metal Hammer Golden Gods Awards, Wardruna has taken Einar Kvitrafn Selvik‘s musical visions out of the contemporary framework and back into the authentic sounds and instrumentation of ancient Northern Europe. Wardruna (featuring Gaahl and Lindy Fay Hella, alongside Einar) received rave reviews for their mesmerizing 2009 debut Gap Var Ginnunga and equally exciting follow up, Yggdrasil, the first two albums in the planned ‘Runaljod’ trilogy that interprets the ancient runic alphabet of the Elder Futhark.

Wardruna’s special ‘Houses Of The Holistic’ performance will definitely add another dimension to the kaleidoscope of styles and sounds associated with Roadburn.

“It is such a great honour for me; to be awarded the responsibility of carrying out the traditional role of the Roadburn curator”, says Einar Kvitrafn Selvik. “Doing it together with Ivar makes it even more special. Roadburn is in my opinion such a high-level music festival – all quality to the fingertips. It is also a festival where presenting high quality musical art is more important than anything else, such as genre distinctions and scene divisions. We will work hard to deliver a program that both explore territories one has come to expect at Roadburn, while at the same time continue to expand its boundaries into new sonic realms.”

While the two curators’ musical output differs instrumentally and stylistically, Bjørnson and Selvik have a common direction towards the primeval and undiluted, not only in their own artistic expressions but also in their taste for other music, which is ultimately what they wish to present at Roadburn 2015 during ‘Houses Of The Holistic’. We look forward to this collaboration and cannot wait to see how both Ivar and Einar will expand Roadburn Festival‘s musical horizons as well as explore more familiar territory from new angles. We will definitely be in for some artistic surprises, and Norway‘s Norse history, too! 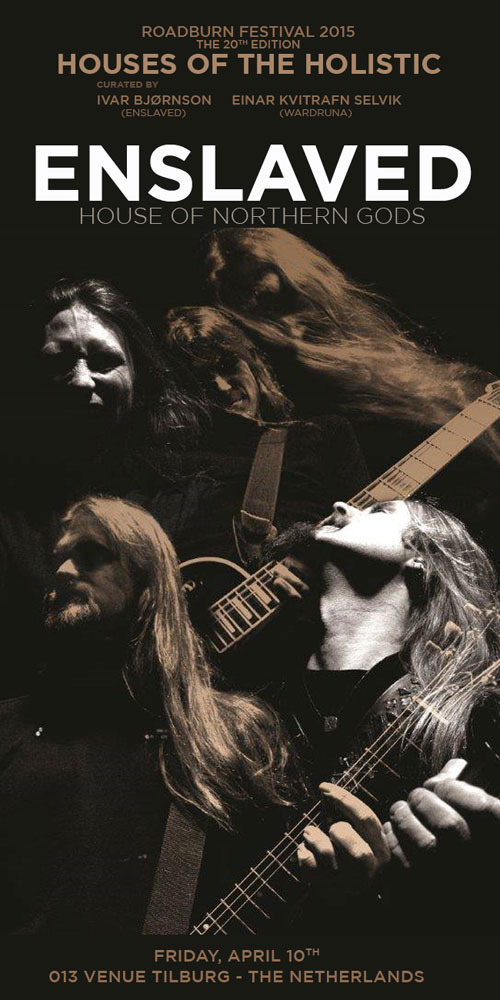 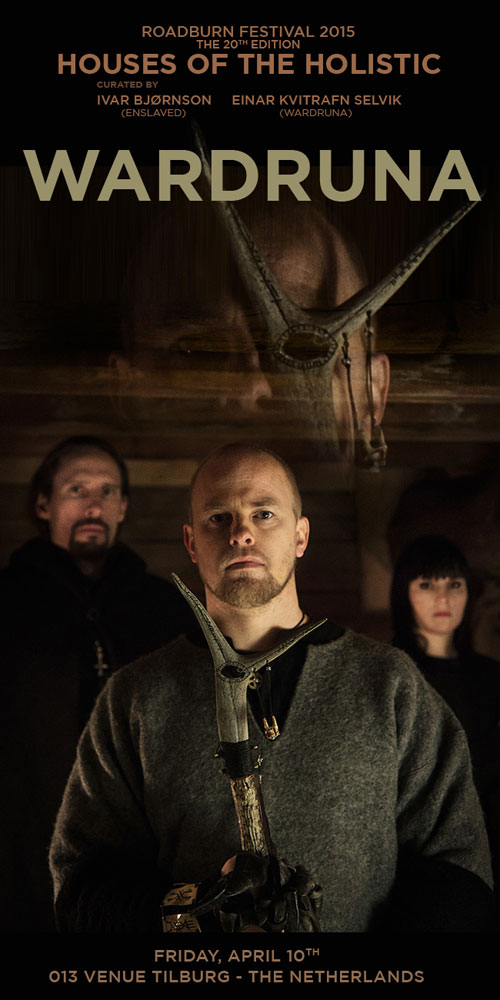 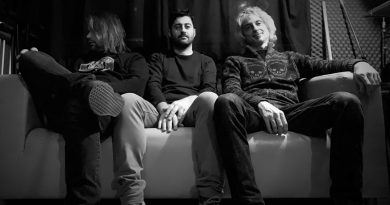