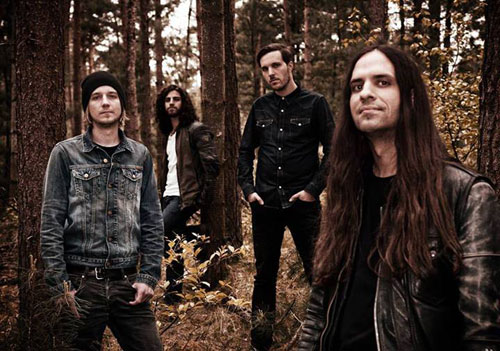 With Zodiac’s unique brand of southern-rock tinged heavy blues, their new album, ‘A Hiding Place’, might as well be the sequel to Thin Lizzy’s ‘Jailbreak’.

Ultimately their sound is happy, it’s hedonistic and, most of all, it’s timeless. Additionally, the band knows when to take it down a notch – in a similar way to how Graveyard bring even the heaviest of the heavies down into their slower numbers with ease. And it’s not just all riffs and bassy growls, Zodiac even throw in the occasional piano ballad like ‘Leave Me Blind’, which is again a completely timeless, classic thing to do. The band’s American southern rock guitar tone, style and lyrics make it almost undetectable that they’re German. Zodiac exploded out of Münster in 2011 and have been prolifically recording and touring ever since. Originally scheduled to do a North American tour with Monster Magnet and Royal Thunder, the band were unfortunately denied visas, so DesertFest 2014 will be an exciting time for any of our American visitors (and anyone else, really) to catch this phenomenally talented act!