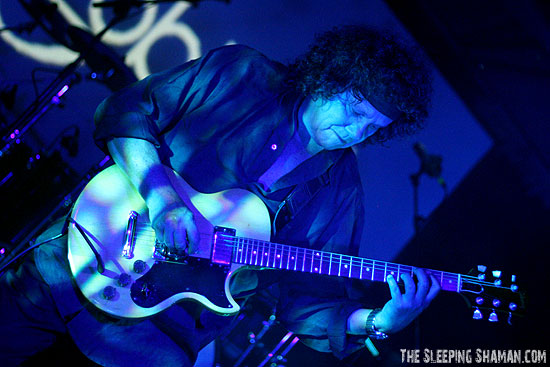 The fiendish minds behind the Housecore™ Horror Film Festival – legendary metal frontman Philip Anselmo and best-selling true crime author Corey Mitchell – are excited to announce that Italian horror maestros GOBLIN will now include original member Massimo Morante on guitar, bringing the three main men of GOBLIN together. They will be joined by Italians Bruno Previtali on bass guitar and Titta Tani on drums. The five musicians are considered to be the entire, most complete line-up of modern-day GOBLIN.

Anselmo and Mitchell made the announcement of GOBLIN’s appearance at the inaugural Housecore™ Horror Film Festival this past April. It was announced then that GOBLIN would live-score the entire screening of Italian Master of Horror Dario Argento’s 1977 classic, SUSPIRIA for the first and only time in North America.

Just over two weeks ago, Anselmo and Mitchell announced a second appearance by GOBLIN at the Housecore™ Horror Film Festival where they will play, in concert, many of their classic musical scores from such films as Dawn Of The Dead, Tenebre, Deep Red, and more. Now, the band has announced a mini-U.S. tour of this same set that will take place in October with the culmination ending up in Austin at Housecore Horror.

GOBLIN keyboardist Maurizio Guarini credits Anselmo and Mitchell for helping to bring the band to the United States for Housecore and for the tour of the U.S. “This is an important event. I’m perfectly aware that everything started thanks to you. There are fans all over US that have been waiting for us for decades, and now that the news has spread and people start realizing that we are coming to the Housecore Horror Film Festival.”

Mitchell is excited to help usher in one of the most important bands, not only in horror films, but also in music, period. “When we announced GOBLIN’s appearance in April, I was inundated with e-mails from fans across the world thanking us for bringing them to the United States. I am ecstatic that Housecore has been the impetus for GOBLIN to be able to come the United States for a real tour. And to cap it off at HHFF with, not only GOBLIN in concert, plus GOBLIN live-scoring SUSPIRIA for the first time in all of North America is simply mind-blowing.”

Anselmo, currently on tour in Europe with his band, Down, stated previously of the band: “There are few bands more technically adept at creating an actual atmosphere of tension, occult speculation, or delicate knife-twisting suspense, than Goblin. Their use of sonic keyboards and electronic soundscapes is beyond unique,” says Anselmo.

“All hail the mighty Masters of The Macabre timbres!” he added. 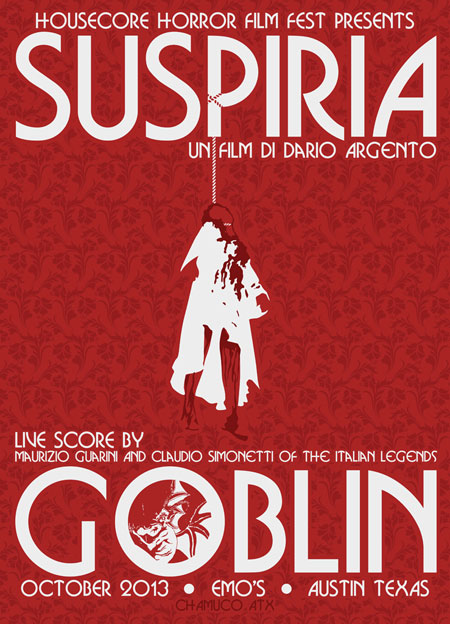 GOBLIN was invited personally by Philip Anselmo and will be joined by an insane musical line-up of artists that includes:

After selling out of VIP badges, the Housecore™ Horror Film Festival introduces the sale of three different types of tickets: a “Combo” (Film + Music) badge; a “Music Only” wristband; and a “Film Only” wristband.