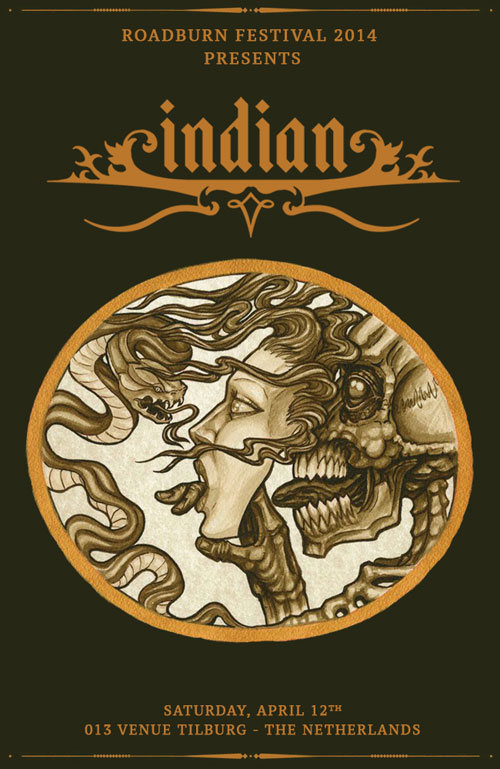 Roadburn Festival is pleased to announce the addition of Chicago-based doom warriors, Indian. The band have been purveyors of the finest blackened doom for over a decade, and this month will see the release of their latest opus, From All Purity, via Relapse Records.

‘Directional’, a brand new track taken from From All Purity, has just been released which can be listened to below and you can also read Pete’s review of the album HERE.

Roadburn will be playing host to Indian on Saturday 12th of April, at the 013 venue in Tilburg, The Netherlands, when the crushing four piece will bring their sonic offerings to life.