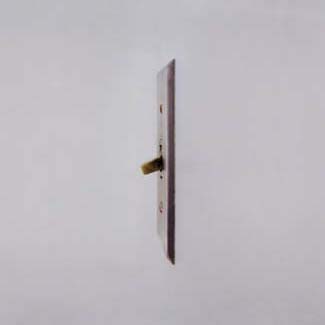 JK FLESH is the new alias adopted by Justin Broadrick, the man behind revered extreme music pioneers like Napalm Death, Godflesh, and Jesu. But Broadrick has also always been a sonic explorer into new realms of dark, experimental electronic-fueled music, whether in his early ambient forays under the moniker Final, the warped club-music throb of Techno Animal, or his more recent caustic bludgeonings as part of the Greymachine collaboration. As JK FLESH, Broadrick has taken his knowledge of electronic sound manipulation and his penchant for violent and foreboding music and melded them into one of his most alarming and abrasive releases to date. Inspired by contemporary artists like PRURIENT and their noise scene crossover industrial dance music, JK FLESH finds Broadrick rekindling his passion for the brutal, heavy, and caustic sounds that first put him on the map while employing the electronic components that have pushed his music forward.

It’s only fitting then that JK FLESH would team up with a bright new noisemaker like Dominick Fernow. Under his alias as PRURIENT, Fernow’s extensive discography delves into pure, unadulterated noise but also veers into more synth-conjured, melody-driven compositions. You might find Fernow alone on a stage, shirt off, shrieking into his table of electronics, or you might find him on stage as a member of Cold Cave’s neo-EBM live band. It’s a duality directly inspired by Broadrick’s legacy, and thus a perfect compliment to a split album release. The resultant split offers up two distinct voices experimenting with a similar theme—how close can you come to total cacophony while still transmitting the basic components of a traditional song? How filthy and wretched can you render your tones while still hinting at a melody? How far can you deconstruct a beat while still sustaining a recognizable rhythm?

Worship Is The Cleansing Of The Imagination is a product of mutual admiration, a result of two generations of artists inspiring each other and feeding off their sonic revelations. It’s only fitting that this meeting of minds, this exercise in mining new territories, and this bridging of a generational gap serves as the final release for the long-running art-metal label Hydra Head Records. While both an acknowledgment of an artist that served as an impetus to the label and an embrace of one of the underground’s most daring and invigorating young noisemakers, this split release perfectly encapsulates Hydra Head’s musical vision. While the self-proclaimed “imminent demise” of the label is certainly a tragic blow to the international community built around Hydra Head’s artmetal predilections, it’s reassuring to see their swan song so perfectly capture the essence of its mission statement. Prepare to be pummeled. 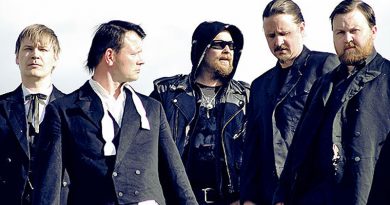