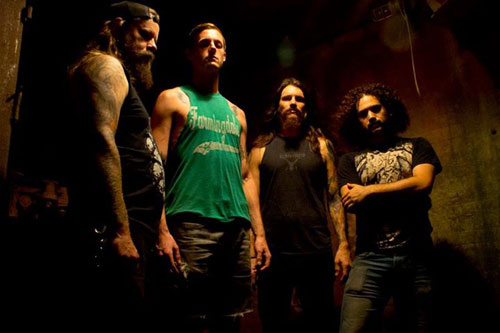 Long-running Brooklyn sludge rock cooperative, HULL, recently wrapped up a two-week run of live takeovers through Europe. Joined by Boston doom bringers, Elder, the journey commenced in Tilburg, where the band systematically leveled the stage at Roadburn with their vibrating walls hypnotic dirge.

Recounted bassist/vocalist Sean Bryant Dunn from their final show in London, “Our journey began in Tilburg for the Roadburn festival where we had the opportunity to play and hang out with some amazing friends, old and new. The following two weeks we burned many a mile with our new brothers Elder, reducing stages to rubble. There will not be a moment without the thought of touring with these boys. With that, I’ll say thanks to everyone that helped us out, put us up, fed us and for wrecking their necks at the show. Europe truly understands how to appreciate and respect all artists. We will be back as soon as humanly possible!”

Check out live footage from Roadburn below. 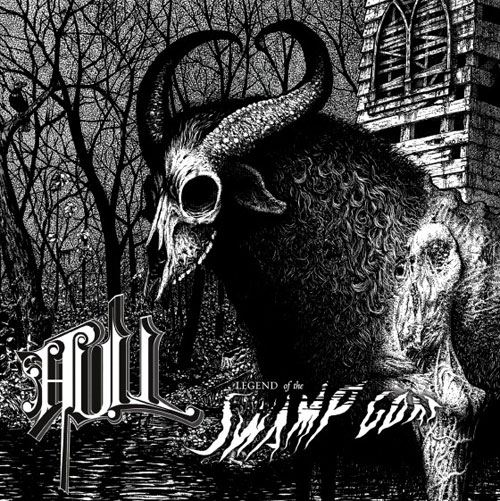 The tune features on the band’s Legend Of The Swamp Goat seven-inch unleashed in February via HULL’s own Iron Orchestra Works imprint and Midnight Collective. Bearing the stunning artwork of Nathan Overstrom, the single appears on Side A while an etching occupies Side B. Legend Of The Swamp Goat comes in limited pink, blue, green, and white vinyl.

HULL will be playing a hometown return show next month at Saint Vitus where copies of the 7” can be purchased direct from the band.

HULL materializes as a massive entity, storming stages and immersing their audiences in a blanket of grandiose down-tuned compositions. A shifting fault line of decibel heavy harmony, this collective force converges in a collision of thrash, doom, classic rock, and formal orchestral works. HULL commands their listeners through each riff with incredible precision, as a seafarer guides vessels through ominous waters. Submerged in cosmic soundscapes, HULL challenges the mind with flowing, off-time fugues and powerful, dynamic movements. Brace yourself for an onslaught of eruptive force as a new world of music is formed in the deafening clap of thunder that is HULL.

Purchase the Legend Of The Swamp Goat seven-inch at THIS LOCATION.