Unlike some who are content to adopt that desert sound, San Franciscan trio HORNSS were born into it. Moulded by it from the very beginning in the case of members Mike Moracha and Nick Nava, who originally got their start in the Palm Springs band Solarfeast alongside ex-Kyuss/Evolution’s End member Chris Cockrell.

Formed in 2010 with a line-up completed by drummer Bil Bowman (formerly of Zodiac Killers, blackQueen and Scrog) HORNSS have taken to the stage in support of Fatso Jetson, Naam, Windhand, YOB and The Freeks and are every inch the band you’d hope they would be given the ancestry, influence and arid air that forged their formation.

Thanks to the LA based label RidingEasy Records (formerly EasyRider Records), this May the trio will have a debut album to call their own. Recorded at Earhammer Studios in Oakland with Greg Wilkinson, if you were sold on the strutting doom groove of their demo The Red Death then No Blood, No Sympathy is going to blow your mind and then some. Drawing on influences such as Hawkwind, St. Vitus and The Ramones HORNSS deliver devastating doom, death punk fury (both Mike and Nick were also founding members of San Fran punk band The Jack Saints), stoned out meanderings and crushing desert progressions that will strike a chord no matter where your allegiances lie.

And now, you can stream No Blood, No Sympathy in full exclusively via CVLT Nation HERE. 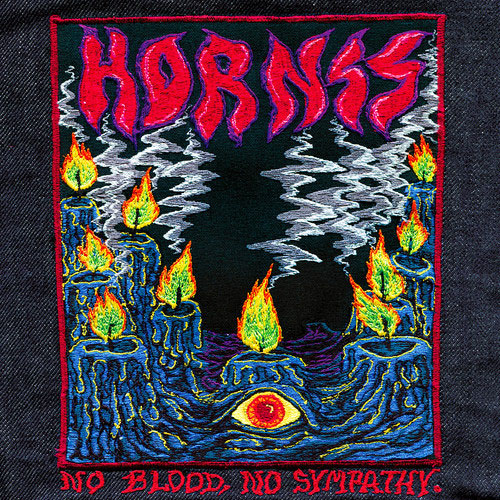 The band take to the road throughout August/September for a European tour in support of their debut album No Blood, No Sympathy, which will be released via EasyRider Records on 13th May and vinyl pre-orders are available HERE.