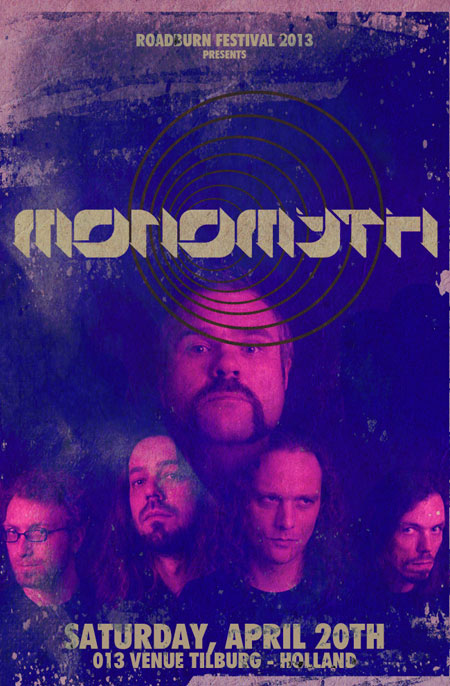 Walter & Co regret to report that Hills will not be playing the 2013 edition of Roadburn due to logistics issues. This is a loss for Roadburn, and we hope that the band will be part of the 2014 edition of the festival.

At the same time, however, we are excited to announce that Holland’s own Monomyth will step in and replace Hills on Saturday, April 20th at the 013 venue in Tilburg, Holland.

Currently working on their debut album, Monomyth has been putting on some truly stunning shows lately in Holland, Belgium and Germany, built around no more than a handful of demo tracks. Each time the Roadburn crew have seen this band they have left them reeling in ecstasy and think they will make the perfect replacement.

One of the main reasons for starting Roadburn was to showcase the finest homegrown psychedelica and stonerrock in the Netherlands, and they believe that Monomyth will appeal strongly to the international Roadburn community.

Featuring drummer Sander Evers, one of the original Dutch psychonauts from 35007, Monomyth enjoy exploring and expanding the boundaries of their musical universe in the same way 35007 once did. The sound is layered, with guitar and keyboards swirling around a solid foundation of drums and bass guitar. Monomyth pulls listeners into a magical rhythmic circle, a cosmic sea in which the psychedelic instrumental jams ebb and flow.

Don’t be surprised if Monomyth’s debut ranks among the highlights of Roadburn 2013!