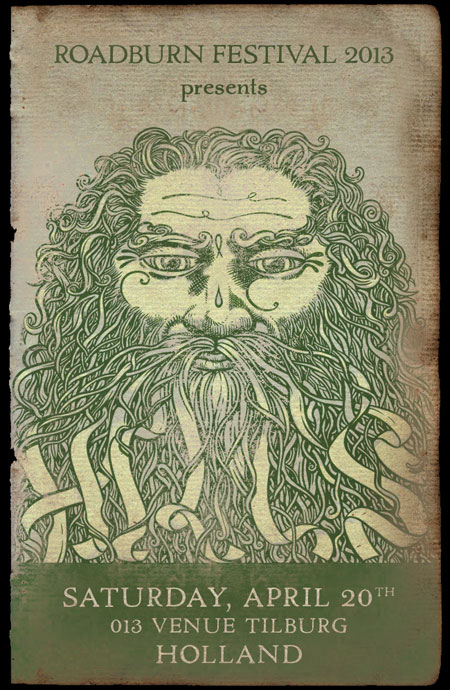 Roadburn are excited to announce that krautrocking experimentalists HILLS have been confirmed for Roadburn Festival 2013 on Saturday, April 20th at the 013 venue in Tilburg, Holland.

Instead of relying on conventional songwriting structures, Sweden’s Hills takes inspiration from Coltrane’s jazz experimentation, the drone and repetitiveness of Velvet Underground and Can, adds the grimness of early death and black metal, and produces a throbbing wash of sound that rides wave after wave of heavily phased guitar, locomotive drums and insistent organ. In this largely instrumental soundscape, the occasional vocals become part of the rhythm section.

Heavily improvisational, HILLS can go from electric, mantric and folky to utterly spaced out without any aural limitations. By turns, their Eastern influences come to the fore. HILLS really do it to perfection, locking into an inescapable, all-encompassing, repetitive, hypnotic groove you never want to end. This is brilliantly captured on their sophomore album, Master Sleeps, which is nothing short of a contemporary masterpiece.

HILLS are currently putting the finishing touches to their third album which will be released on Rocket Recordings early 2013. The album follows the grooved out psych kraut rock of Master Sleeps and mixes it with sounds reminiscent of the droned ragas of other Swedish greats like International Harvester and Parsons Sound.