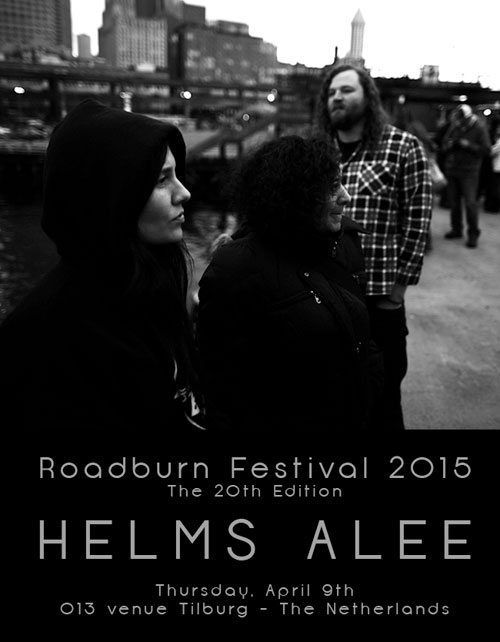 Helms Alee will take to the stage at Roadburn Festival, dragging their bewitching melodies and caustic fuzz across the Atlantic to Tilburg.

Their latest release, Sleepwalking Sailors, sees them pick up where previous releases (including split releases with Young Widows and Ladder Devils) paved the way. The Seattle-based three piece create swirling enclaves of uplifting pop-hooks, encased in a distorted gnarl of sludge and mesmerising groove.

With diverse influences melding together, the results are eclectic and hypnotic; at one point bruising with the heft of a riff to make Mastodon jealous, and moments later charming with the ethereal wisp of a lullaby.

Helms Alee will play at the 20th edition of Roadburn Festival on Thursday 9th April 2015 at the 013 venue, Tilburg, The Netherlands.

BLACK MOTH Attracted By The Lights Of London’s Desertfest