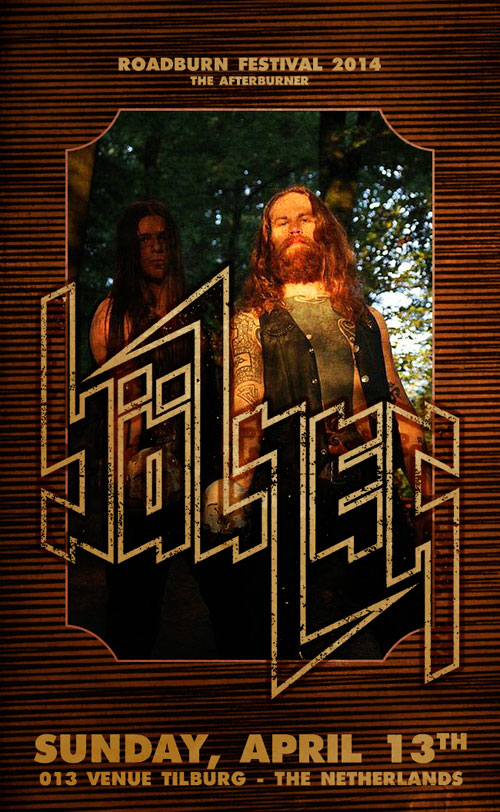 Walter & Co are chuffed to announce that the heaviest-duty proposition out of Zurich, Switzerland since the legendary Hellhammer, two-man wrecking-crew Bölzer, will be bringing the house down – quite possibly literally – at the 2014 Roadburn Afterburner.

Welding the heft of old-school death metal to the murk of the spookiest, oddest black metal and the lumbering heaviness of doom, Bölzer have, over the course of a well-received demo – 2012′s Roman Acupuncture – and a debut 12″, Aura, thoroughly proved that two men can make as much noise as five, if not more.

Colossal and crushing, prepare for cracks to appear in the walls on Sunday, April 13th at the 013 venue in Tilburg, The Netherlands.