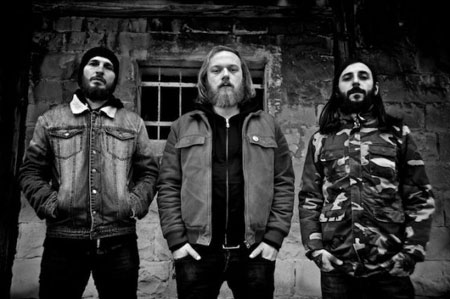 Forged just three years ago in Trieste, Italy, GRIME spew a cogent wall of filth, decay and soul-scarring sludge metal battery. Their forthcoming offering comes in the form of the fittingly dubbed Deteriorate. The follow-up to their six-track self-released debut, which Pure Grain Audio simply called “dirty-as-fuck,” offers up a bottom heavy exhibition of severing doom derived of misanthropy, anguish and hurt feelings. Self-described as the sound of “a decaying swamp filled with trash,” GRIME’s slow, heavy groove is earnest and vicious, their mammoth guitar riffs are sharp and crusted with rust, their drums and bass hit with the unstoppable power of a violent mudslide. Deteriorate’s eight tracks were recorded at Igloo Audiofactory in Italy by Enrico Baraldi, mixed and mastered by sound wizard Billy Anderson and will see official release on CD, LP and digitally via Forcefield Records on May 7th. Fans of Iron Monkey, Noothgrush, Grief and Eyehategod are demanded to pay heed.

GRIME’s ultimate goal is delivering their sonic destruction to a town near yours and next week they’ll do it alongside Richmond doomdoers Cough (on select dates). The short but deviant run will begin in Slovenia and charge through Italy, Switzerland, Germany, Belgium, and the Czech Republic before coming to a close in Austria. See you in Hell, Europe. 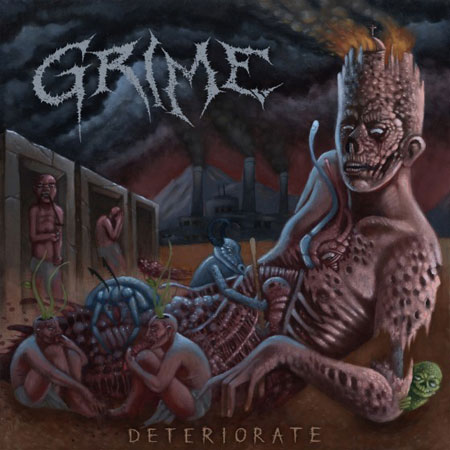 Deteriorate Track Listing:
1. Burning Down The Cross
2. Pouring Out The Hatred
3. Down By The River Of Dreg
4. Giving Up
5. Deep Cut
6. Restless Man
7. Pills
8. Idiot God