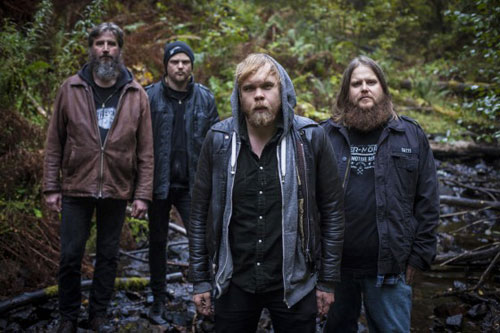 Almost by definition, musical side projects aren’t meant to last very long, but rather serve as brief, often one-time departures for musicians otherwise engaged with far more pressing or successful bands — and that’s why GREENLEAF has proved itself to be anything but your typical “side project.”

Yes, this Scandinavian music collective have gone through a revolving cast since their arrival on the scene, much like an auditory Y2K virus in that fateful millennium flip; but the one constant bond that has repeatedly drawn them together, every few years, like an irresistible gravitational force, is a shared musical vision, straddling the realms of stoner and alternative rock.

Such was the case when GREENLEAF first assembled behind Lowrider vocalist Peter Bergstrand for their eponymous 2000 debut EP, welcomed Dozer frontman Fredrik Nordin for is 2001 follow-up, Revolution Rock, added Demon Cleanerguitarist Daniel Jansson for 2003’s Secret Alphabets, integrated Truckfighters vocalist Oskar Cedermalm in time for 2007’s Agents Of Ahriman, and powered ahead behind reliable mainstay, guitarist Tommi Holappa for 2012’s Nest Of Vipers. Now, GREENLEAF is on the move again, bidding Cedermalm farewell and welcoming new recruits in frontman Arvid Jonsson and drummer Sebastian Olsson, who joined Holappa and long-serving bassist Bengt Bäcke in time to record (incidentally, with no outside help, guest musicians, or other additives) what would become GREENLEAF’s next and fifth long-player, Trails & Passes. 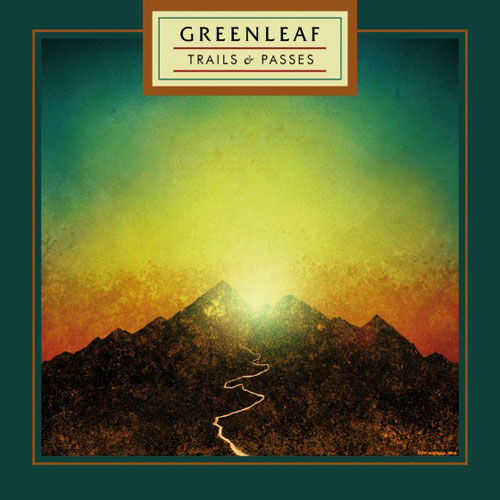 Set for global domination next month via Small Stone Recordings, Trails & Passes was recorded by Karl Daniel Lidén at Studio Gröndahl with vocals recorded by Arvid Jonsson at Hälla Libraries, and mixed and mastered by Lidén at Tri-Lamb Studios. Boasting nine-tracks of bonged-out, psychedelic-tinged riff rock, the music on Trails & Passes draws out the best talents of each individual member, resulting in a modern rock amalgam that’s as impossible to simplify as it is futile to want to. Gushes Global Domination upon first impression of the record: “The riffs are long, the drumming is intense, the vocals are ferocious, and the album has a very ‘70s feel to it. The production is very clean and this is their finest album yet. The entire album has an early Deep Purple influence. Tommi Holappa keeps the guitar on an even keel from start to finish. Arvid Jonsson is tight and melodious, Sebastian Olsson is groovy. He knows how to keep the listeners swinging to the beat and Bengt Backe keeps the bass rumbling and growling. The band is clear, crisp and the sum is so much greater than the parts.” Adds The Sludgelord simply, “These guys are way too good to be ignored.”

With a long, winding career that now sees GREENLEAF categorically divesting itself of any lingering “side project” associations (ask Holappa and he’ll bluntly tell you it is Dozer that’s become his “side project” these days), GREENLEAF has officially be elevated to the proverbial next level with the abundant strengths of Trails & Passes. Recommended for adherents of Dozer, Brain Police, Sasquatch, Graveyard, Monster Magnet, Clutch, Roadsaw, Truckfighters, Lowrider and The Socks.

Check out opening track, ‘Our Mother Ash‘ at THIS LOCATION.

Trails & Passes will be released via Small Stone Recordings on May 13, 2014. Pre-Order your copy at THIS LOCATION. For iTunes pre-orders, point your browser HERE.