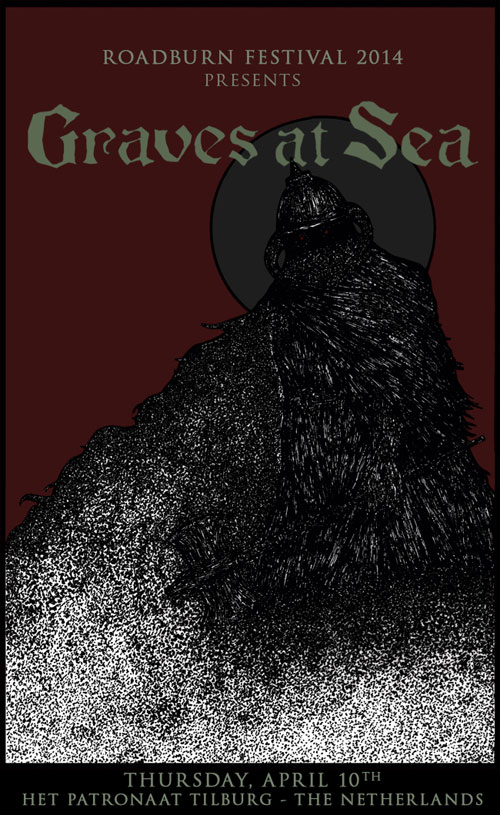 Underground favourites Graves at Sea will bring their crushing brand of slow, sluggish despair to Roadburn Festival 2014, laying waste to all before them.

Formed in 2002 in Phoenix, AZ but now mostly based in Portland OR, Graves at Sea gained much praise for their nasty, bulldozing, blackened sludgecore, putting them squarely in the camp of heavy as hell, feedbacking riff worshippers Khanate, Burning Witch or Corrupted, only to call it quits in 2007.

After a 4 year hiatus the band came back with a vengeance in 2012, cranking out their hateful riffage and snarling, distorted yet primal vokills as fiercely as ever. Bask in Graves at Sea‘s dismal atmosphere on Thursday, April 10th at Het Patronaat in Tilburg, The Netherlands, as their gut wrenching sickness will be palpable. Don’t let them grind you down though!