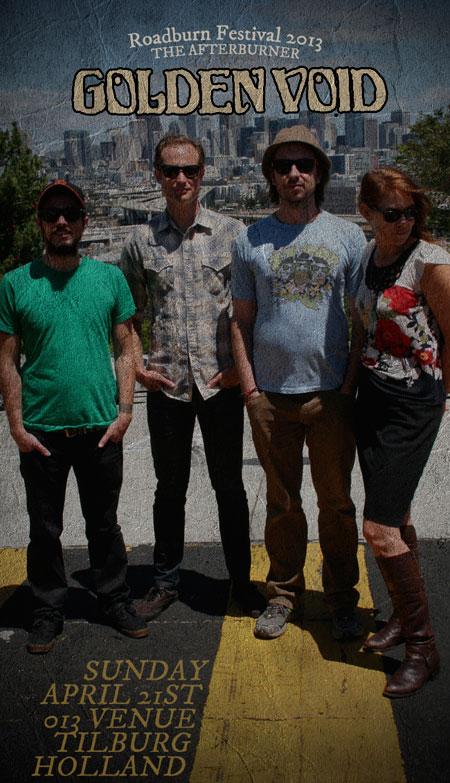 Behold Roadburn, where the well of psychedelic rock never dries out and they are excited to announce that Golden Void will bring their classic psych rock to the Roadburn 2013 Afterburner on Sunday, April 21st at the 013 venue in Tilburg, Holland.

Steeped in the tradition of Hendrix, Sabbath and Hawkwind, Golden Void‘s S/T debut album, out on Thrill Jockey, is a mind-expanding-rock fan’s wet dream as the band channels the best of pre-punk, heavy 70’s rock: lush canyons of riffs, blazing bluesy guitar solo’s, sweeping melodies, mystical grooves, dream-like slow-motion sequences and awesome face-melting musicianship that will blast you straight into the stratosphere. Enter the Void! Roadburn, are you ready?

MUGSTAR: Set To Release ‘Ad Marginem’ Soundtrack For A Film By Liam Yates