When you march your barbarian horde through the streets of a fallen city, atop a fifteen hands high silver wildebeest (using their horns as handles), laser beams sparkling and shimmering over the smoking battlefields, a thousand million pearlescent snakes coiling slowly through the dead city streets, tiny unicorns cowering in their cages, A Ways to Uprise, the first single from Kerretta’s sophomore album Saansilo, will be your soundtrack. 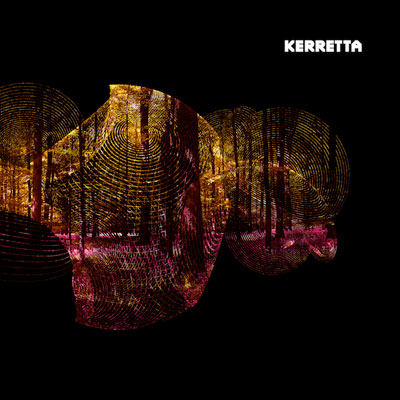 Spawned from the dark and forbidding streets of Kingsland, New Zealand, Kerretta are the mutant three headed progeny joined in an unholy matrimony. Their debut album Vilayer was one of the highlights of 2009, gaining praise and glory from fans and critics alike across the globe. In New Zealand it was nominated for the inaugural Taite Music Prize, an honour similar to being nominated for a Mercury prize in the UK. They toured the USA in 2010 and have supported a host of bands both here and abroad, including Jakob, Explosions In The Sky, And You Will Know Us By The Trail Of Dead, and ex-Dead Moon folks Poison Arrows. At their 2010 SXSW performance, a dedicated and determined crowd braved the freak (and to be frank, quite sinister) arctic winds, that tore through the open-air venue with hurricane force, to stand transfixed (yet shivering in the night), bearing witness to the might and majesty that is the Kerretta live show.

Giving a cold shoulder, stony eyed glare and a quiet [expletive deleted] hissed under their collective breath at the outmoded idea that all bands need lead vocalists, Kerretta revel in their lack thereof and pursue, with steadfast glee, the ins and the outs, the ups and the downs of a purely sonic narrative. A narrative that is heavy and dark, twisted with shards of beauty and danger all sitting securely on top of a churning slow burn groove that’s fatter than a police line-up of bison.

Recorded over 2010/2011 Saansilo is a progression from “Vilayer”, keeping all those elements that worked so well on the first album – the heaviness, the volume, the unrelenting atmosphere of unholy and inhuman despair – and adding adventurous use of instrumentation and surprising (and very effective) changes in mood and texture.

More info at www.goldenantenna.com and you can listen to the single edit of ‘A Ways To Uprise’ below.

DesertFest London 2015 Faces Up To The Ten Foot Wizard!