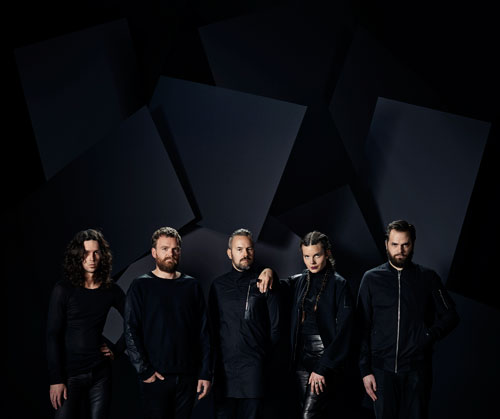 Dutch contemporary heavy rockers GOLD have released a lyric video for Ruby, the epic closing song of their debut album Interbellum which was released byVán Records.

The video consists of a repetitive animation, representing the nauseating all-consuming theme of depression and despair, as expressed by vocalist and lyricist Milena Eva.

Watch the video for ‘Ruby‘ below:

The video marks the end of a chapter for the band, as they embark on the writing of their next album and welcome a new member in the shape of bass player, Tim Meijer. The refreshed line up have just played their first show with Tim, in their home town of Rotterdam and will play select dates this summer (see below). Their main focus will be on writing the follow up to Interbellum.

GOLD guitarist, Thomas Sciarone commented: “When we released “Interbellum” we were very immature as a band. The 1,5 year since have been a continuous proces of self reflection, experience building and defining of who we truly are. We have freed ourselves of the shackles of previous bands and scenes and we have created a space in which we are nothing but ourselves. A limitless space free of trends and traditions that shows a remarkably dark and heavy, yet adventurous and unpredictable side of GOLD.”

Interbellum is available via Ván Records HERE and you can read Mark’s review HERE.