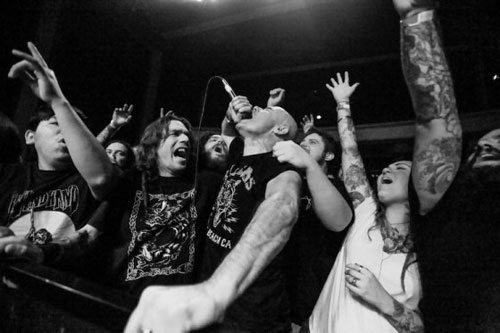 Los Angeles, California’s GOATSNAKE has announced further live dates in Europe, kicking off at the end of May with their set at Temples Festival, and taking the band through territories new to them. This news comes alongside the completion of the recording of the band’s new album, which will see release on Southern Lord this Summer.

The new GOATSNAKE album will feature the familiar faces of Greg Rogers (The Obsessed, Sonic Medusa), providing drums, Greg Anderson (Sunn O)))) taking care of the riffs, Pete Stahl (Scream, Wool, Earthlings?) on vocals, and new bassist new and Cape Fear North Carolina legend Scott Renner (Brickbat, Sourvein, Sonic Medusa). On production duties is Nick Raskulinecz, who, since being introduced to Dave Grohl during the recording sessions of Flower Of Disease, has gone on to work with seminal artists such as Rush, Alice In Chains, Mastodon and Ghost, and has won Grammys with The Foo Fighters. United again, he and the band are sure to serve a menacing cut of the time-honored, ultra-heavy rock they are infamous for.

While further details on the record are to come, Greg Anderson offered some advance insight: “We are beyond stoked about the new ‘Snake album. We all rose to the occasion and with the help of Nick and the state of Tennessee delivered the fucking goods. More soul, more power, more balls.”