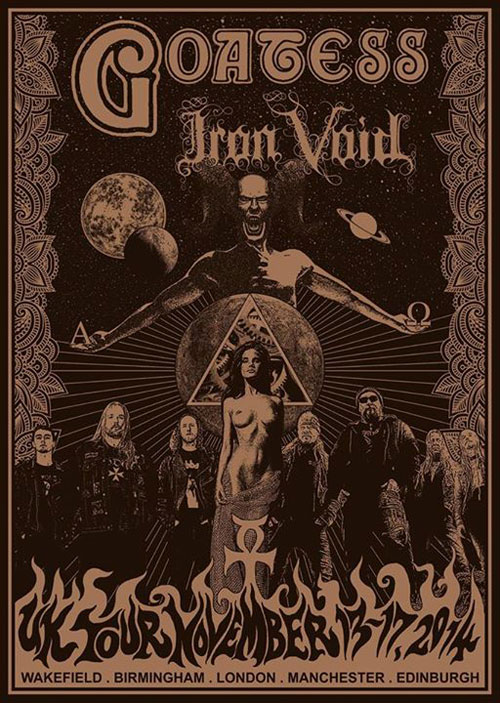 GOATESS are still supporting their critically acclaimed and Svart Records released Self-Titled debut album which Paul championed in his review “This is one of the most solid, enjoyable listens to have passed through my jaded ears in a fair while and I’d love to hear more “.

Support on all dates comes by the way of the UK’s traditional doom bulldozers IRON VOID, who earlier this year released their debut album via Barbarian Wrath Records that Pete praised in his review saying “What you won’t get with Iron Void is a gap you haven’t had filled before, but they’ll more than adequately fill it again and again and again with their catchy odes to Satan, war, death, graveyards and clinical insanity”.

There will also be a limited number (50 copies) of the tour posters available on all dates for just £5! Printed on high quality card, the design features exclusive artwork by Goatess Doomwych.