In advance of the March 16th release of their second full-length album Of Ruin, GHOLD share Partaken Incarnate. Bellowing, booming and commanding, the track casts the South London duo as volume-clad summoners of low end esotericism, while the second half mobilises their chopped-and-screwed rhythmic capabilities.

Listen to Partaken Incarnate below:

The two components of bass and drums are bound together so tight on Of Ruin that they resemble a singular gnarled entity, kneading together groove and melody like putty in the palm of their hands, with explosive results. Intrinsically heavy and elastically supercharged, GHOLD create a strain of viscous rock that is as plainly devastating as it is capricious, pushing down the scales in a myriad of manners to achieve an ever heavier outcome. The riffs of the bass approach a murky mysticism, likely to crumble in landslides of overblown fuzz, before snapping in to strict rigidity comparable to what Motörhead would sound like if you isolated the rhythm section. The wealth of ideas presented by Paul Antony and Aleks Wilson on Of Ruin surpass the imaginations of the majority, and it’s easy to see why Terrorizer tipped them as one to watch for 2015.

There’s plenty of chances to catch GHOLD live in the coming months, not least at their album launch (The Black Heart, Camden, Fri March 20th), where the notoriously heavy power duo will be performing their highly anticipated second album Of Ruin in full. Doused in rich riffery and thunderous drum storms, you can expect a cacophonous mountain of melody and downright dirt to fill your skulls. Support comes in the form of Somerset barn-burners Henry Blacker and purveyors of rural misery, Meadows.

GHOLD will also be taking to the road in March with Chicago’s Oozing Wound. Check out below the tour dates, track list and the fantastic artwork by Alek Virji… 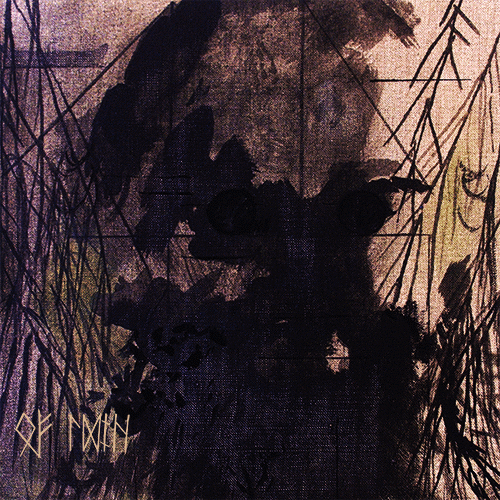 Of Ruin, mastered by James Plotkin, shall be available on CD and LP formats via Ritual Productions on 16th March.