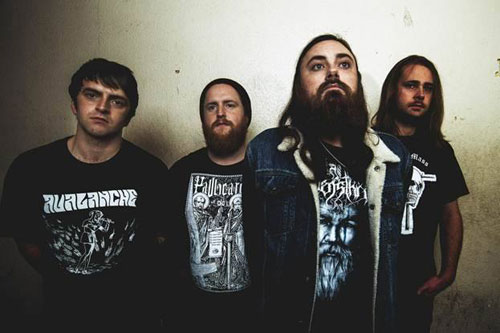 Prepare to completely lose your shit as hardcore punk/doom/sludge/black metal maniacs Hang The Bastard come to tear Camden to shreds at DesertFest London 2015.

One of the heaviest bands to come out of West London in recent years, Hang The Bastard have come a long way since forming in 2007, releasing a series of EPs, splits and a debut album that were handily compiled in 2012 by Holy Roar Records as the 2009-2012 Collection. They’ve since gone on to earn slots at festivals like Sonisphere, Download and, just to show off their doom credentials, last year’s British Summer Time all-dayer at Hyde Park where they played with the likes of Soundgarden, Faith No More, Motörhead and of course the lords of doom themselves, Black Sabbath. Nuff said.

Now, having signed with Century Media for the release of their second album Sex In The Seventh Circle, Hang The Bastard are more ready than ever to tear DesertFest’s roof off.

Stand And Salute For Admiral Sir Cloudesley Shovell At Desertfest 2013