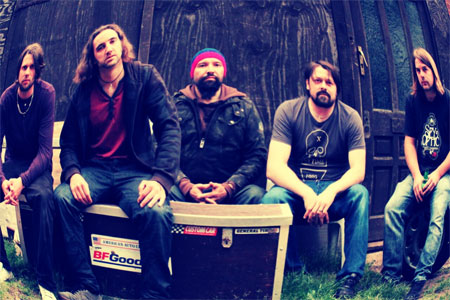 Following hot on the heels of the release of their debut album “Where are your Gods Now?”, Coventry music scene’s rising stars GENERAL have secured one of the most prestigious supports slots of the year, supporting American blues rock behemoths CLUTCH on 4 dates of their UK tour.

With the video of their next single ‘Monkey City’ currently under production, a recent handful of explosive home coming gigs under their belts and time being spent writing material for their next album, GENERAL will be taking time out of their hectic schedule to play these dates.

“The whole band are big fans of CLUTCH and to have the privilege of playing with them has us all fired up. It’s not often you get to play with your heroes and this will be a highlight in what has already been a fantastic year” says Tom Smith of GENERAL.

If you want to catch GENERAL’s furious live show on the CLUTCH tour, be quick as tickets are selling fast.

If you are attending one of the dates and you want to hear GENERAL’s critically acclaimed debut, you can do so at www.general-hq.com and you can also follow them on Facebook at www.facebook.com/generalHQ.

THE HEADS To Reissue Everybody Knows We Got Nowhere; Band Announced As Roadburn’s Artist In Residence