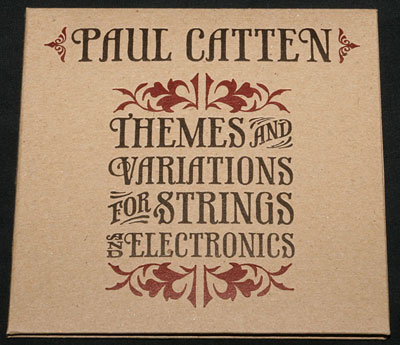 Future Noise are proud to announce that Paul Catten‘s latest opus entitled ‘Themes And Variations For Strings And Electronics’. For this release Catten has surrounded himself with his instruments of choice and morphed into the typical hermit (de)composer and has written his most haunting yet most beautiful music to date.

The album was written, recorded, mixed and mastered by Catten himself over the course of late 2010 to early 2011 resulting in a disturbingly dark amalgam of experimental noise and sumptuous classical compositions, recalling the likes of Ben Frost’s acclaimed By The Throat album and Brian Reitzell’s soundtrack for 30 Days Of Night.

Limited to 200 copies, hand printed on an original Victorian letterpress in a gatefold sleeve and is available now for £7 + shipping from the Future Noise Big Cartel Store.