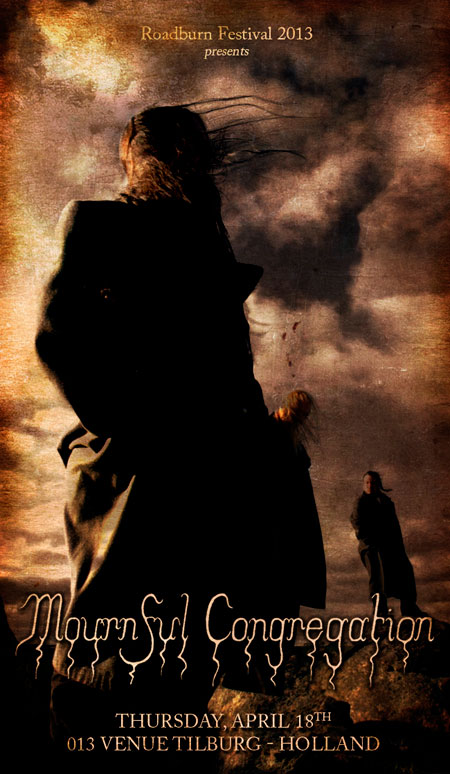 While operating firmly within funeral doom’s boundaries of tempo and mood, Mournful Congregation create their ominous opuses with pristinely recorded instruments, varied and original vocal styles, and a sense of song craft that extends well beyond the ordinary. Their attention to detail and well-wrought songs are most fully realized on their 2011 release The Book Of Kings, which stands toe to toe with any of the great funeral doom albums ever made.

Mournful Congregation layer slithery guitar harmonies over sparse drumming, vocalize in whispers, spoken word and male choirs along with doom grunting and weave a variety of clean and acoustic guitar sounds into the dense doomy riffing, creating an atmosphere that is more about the beauty of darkness than the bleakness of despair. Their unique yet classic sounds will be surely be appreciated by the metal cognoscenti at Roadburn 2013.