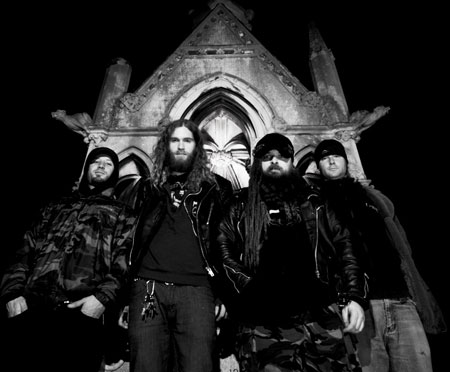 More Gargantuan than the Kraken and noisier than Cthulhu himself, Sea Bastard unleash their aquatic Doom upon Desertfest 2013.

Featuring 3 members of the much missed Funeral Hag and Oli from the equally missed Jovian this Brighton troop proved that once their efforts were combined the greatest of things can happen, their recent self titled album has been unleashed to resounding praised and has secured itself a vinyl release on local indie label ‘Headless Guru Records’ which will hopefully be due out in time for the festivities.

The songs are heavy as hell and frontman Monty sings of Wizards and Orcs galore, this truly is one band that will bring an earth shattering start to a incredibly heavy day at the HDP/WPC stage on the Sunday of the Festival!

Watch The Underworld crumble or as the Dark lord himself would say “Ph’nglui mglw’nafh Cthulhu R’lyeh wgah’nagl fhtagn”.