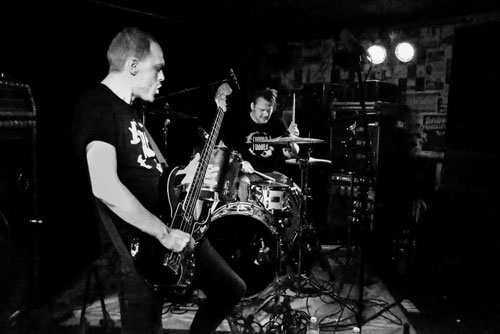 This past March, the hardhitting instrumental noise/punk/metal duo FOSSILS released their second full length album, the merciless and deeply entertaining Flesh Hammer. At the subsequent shows during the spring and summer, the band’s crushing riff machine handed out severe sonic punches, not at least at Denmarks biggest metal festival Copenhell, where FOSSILS opened the festival in front of a couple of thousand happy metalheads.

Now FOSSILS has lined up a string of Danish autumn shows, amongst those a mini tour with noiserockers The Malpractice and a performance at the newly established Postfest, in Aarhus, Denmark where also acts such as The Ocean and This Will Destroy You are included in the lineup. FOSSILS live dates for autumn are: 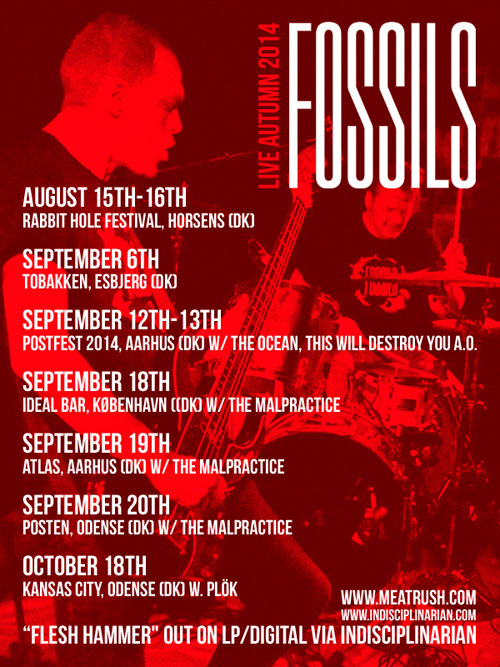 Following the fall shows FOSSILS and producer Q will start working on a new, obscure and yet undisclosed EP project – a project that will include several guests and new angles on old material. The EP is set to be released in February 2015 via Indisciplinarian Records. Until then and as a warm-up for the fall shows, an entirely new video clip for the track Carnivore Arrest off the Flesh Hammer album – filmed at the recordings of the very same album recordings and can be viewed below: