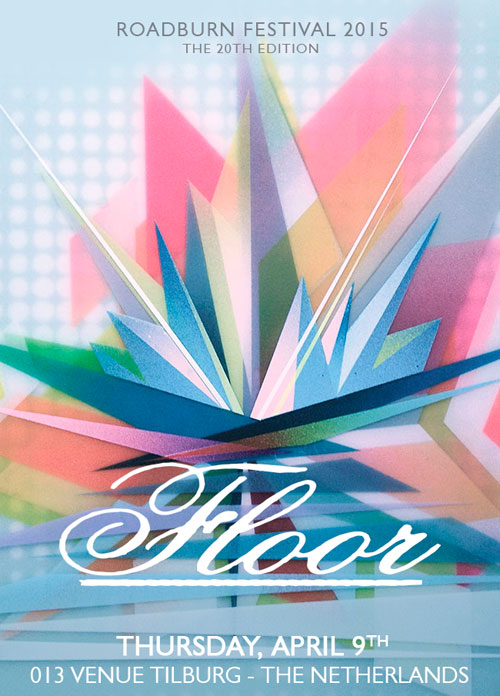 If you are a fan of stellar riffs and molasses-thick distorted guitar tone, Floor has everything you want in music. These Floridian sludge / pop pioneers get a lot of comparisons to lead singer / guitarist Steve Brooks other band, Torche — and rightfully so — with his instantly recognizable singing style and guitar tone.

Floor, however, is the essence of pure heaviness, with just a nod to the pop melodies that have spurred Torche on to crossover success. Come feel the downtuned thunder of Floor’s bassless power trio attack when Floor plays the main stage of the 013 venue at the 20th edition of Roadburn Festival on Thursday, April 9.

With a history that stretches back to 1992, Floor have undergone numerous lineup changes and a sporadic release history culminating in 2014’s Oblation (only their third full length album, the others being 2002’s Floor and 2004’s Dove which was recorded in 1994).