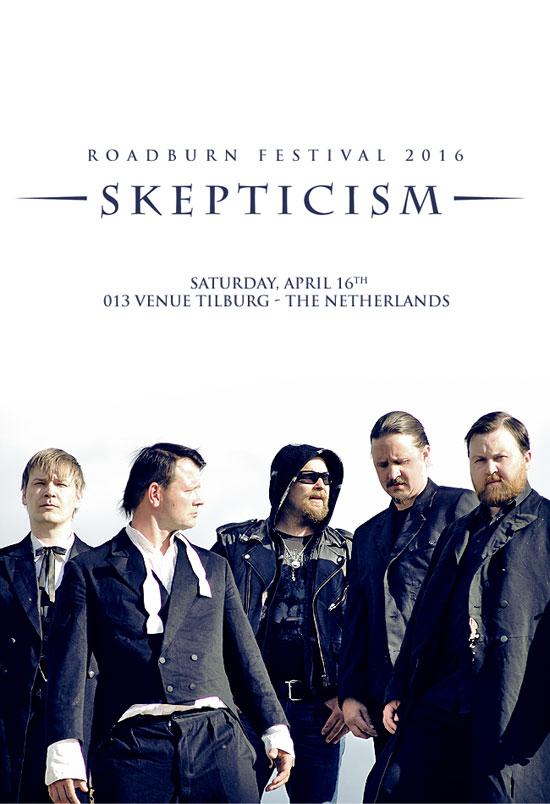 Finnish funeral doom pioneers Skepticism have been long over due for a Roadburn appearance, so Walter & co are excited to announce that the band will not only play on Saturday, April 16 at the 013 venue in Tilburg, The Netherlands, along with Neurosis and Amenra, but that they will play a fan-favorite set exclusively for the festival to celebrate their oeuvre.

Over the next few weeks the Roadburn crew will keep you informed about how to vote for your picks; whether it’s tracks from Stormcrowfleet – a genuine underground classic and the band’s innovative funeral doom touchstone; the stunning Alloy; or Skepticism’s latest album, the much lauded, Ordeal. You can take your pick from their entire back catalogue.

Over the past two decades Skeptiscim have been in the vanguard of contemplative funeral doom – the band’s introspective doom coupled with pulverizing heaviness, meditative darkness and hypnotic ambience – underpinned by the deep and mournful tones of an eerie church pipe organ – conjures all things cavernous, glacial, and bleakly sorrowful.

Keep your eyes peeled in the next few weeks for more info about Skepticism‘s fan-picked set list at Roadburn 2016.