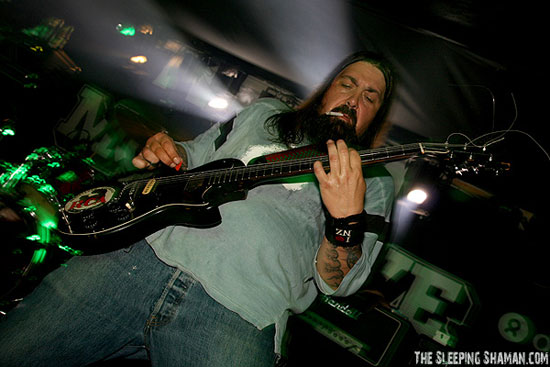 A389 Recordings is proud to announce the release of a new single by NOLA sludge legends EYEHATEGOD.

Between touring in EYEHATEGOD and their numerous affiliated projects, the band has been slowly stacking up new demo material to put towards an upcoming album. You may have heard a few songs in the band’s live set as of late,  including the recent staple ‘New Orleans Is The New Vietnam’ which will make it’s recorded debut via this new 7” release due on the street by late summer. 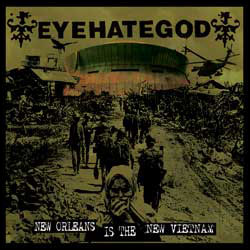 When asked how this pairing came to be, EYEHATEGOD guitarist/founder Jimmy Bower explains  ‘We played A389’s Anniversary party a while back and they do really cool releases, so we figured let’s do a cool 7″ before the new album’.  A389’s Domenic Romeo continues ‘It’s been amazing watching this band refuse to release anything sub-par, and just take their time with their new material making sure everything is dialed in just right. This new single is a great indication of what’s to come.’

Watch a live performance of EYEHATEGOD ‘New Orleans Is The New Vietnam’  below:

EYEHATEGOD is about to embark on a European tour, which will be followed by a slew of west coast US dates.  See below for full listing.