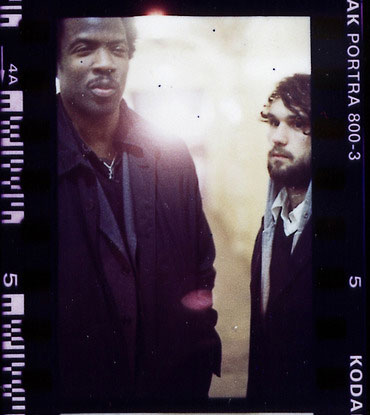 STRANGER BY STARLIGHT (SxS) is a wild concatenation, equal parts mordant and morbid, restrained and abandoned, and a perfect breeding ground for the twin talents of Eugene S. Robinson of experimental-rock pioneers Oxbow on vocals/words and composer Anthony Saggers (Stray Ghost, White Lace and Tender Prey) and their late night stumblings on their first project/debut album Chalk White Nights. To be released via Bad Paintings on 2 September, each of the five tracks bears Eugene’s fittingly sublime vocal renderings that echo, only in brief, his more bombastic outings alongside Anthony’s stunning, spacious and slickly styled instrumentation.

Experience an excerpt of album closer ‘A Black Cat‘ via this beautifully shot video below.

Drawing on the melancholy desperation of Nick Cave and the Bad Seeds’ Your Funeral… My Trial, as well as the ambient jazz doom of Bohren & der Club of Gore, Chalk White Nights possesses a sense of honest yearning and deep paranoia.

Influenced heavily by film noir and 1940’s detective novels by the likes of Raymond Chandler, Chalk White Nights has the sound of the darkest of stories being illuminated in a disused police interrogation room – a “warm bath of sorrow” as Eugene refers to the record.

“Unsolved crimes, male prostitution and the absence of any and all hope,” filled Eugene’s mind when writing the lyrics to this record; Chalk White Nights really could be the soundtrack to a walk through a William Burroughs novel. Or Robinson’s recently published noir tome, A Long Slow Screw.

To STRANGER BY STARLIGHT, this is “a product of insoluble emotional difficulty and fragile beauty [that] languished until the discerning gents at Bad Paintings actually realized that dharma gates are endless and they too found some sort of sympathetic resonance to what we made and what it sounded like and what it actually was.”

TRACK LISTING:
1. The Night Of No Sleep
2. Beautiful Boy With A Stone
3. An Organist
4. The Last Days Of The Sinner
5. A Black Cat 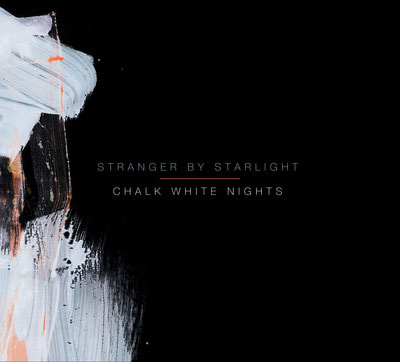