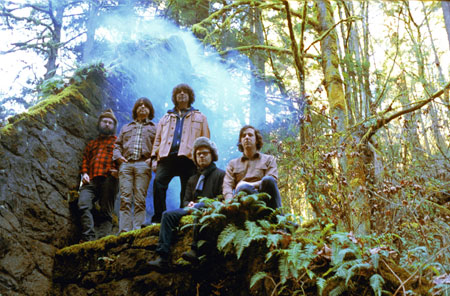 Hot on the heals of the release of their latest album ‘A World Out of Time‘ out now via Thrill Jockey Records, ETERNAL TAPESTRY have unearthed a new video for the track ‘Sand Into Rain‘ which was directed by Nick Bindeman and can be streamed below.

Read on for more information about the album…
A World Out of Time, Portland quintet Eternal Tapestry’s second full-length of 2012, is a new kind of album for the band. As opposed to previous efforts, which were culled from many hours of recordings, it was recorded as a whole. The resulting record, while not restricted to the four minute song, has the focus and the flow that only music conceived as a narrative can. Taking inspiration from groups like Faust and Algarnas Tradgard, the album unfolds as a collage, the most salient elements of their sound sewn into a seamless patchwork. In the process, the group has constructed an incredibly dynamic album, juxtaposing expansive improvised sections with their most deliberate material yet.

The album opens with “When I Was In Your Mind,” which evolves from an eerie duel e-bow plateau into an epic burner. As the band reaches its boiling point, splinters of organ melody emerge, signaling the transition into the otherworldly “Planetoid 127.” The ongoing influence of classic sci-fi is apparent, while field recordings of rain seem to reference a more naturalist past, as if our technologically enhanced world is the dystopian future we always feared would come to pass. The album closes with the tranquil lament of “Sand Into Rain,” a psych-folk song bringing to mind early Fairport Convention or Pentangle. Although vocals have been used by Eternal Tapestry in the past, this marks the first occasion where the voice and lyrics are the focal point of a defined song. As the last notes sound, we are left with the feeling that we have just woken from a strange and complex dream. 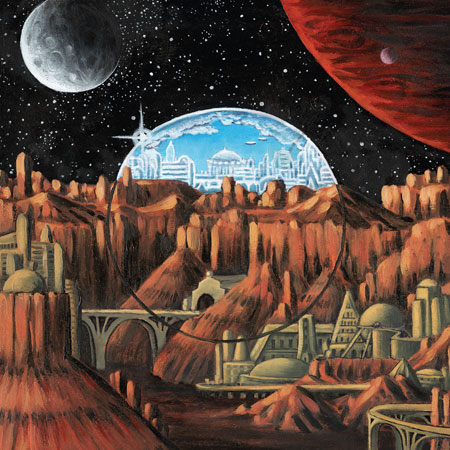 Tracklist:
1. When I Was In Your Mind
2. Planetoid 127
3. Alone Against Tomorrow
4. The Weird Stone
5. Apocalypse Troll
6. When Gravity Fails
7. The Currents of Space
8. Sand Into Rain