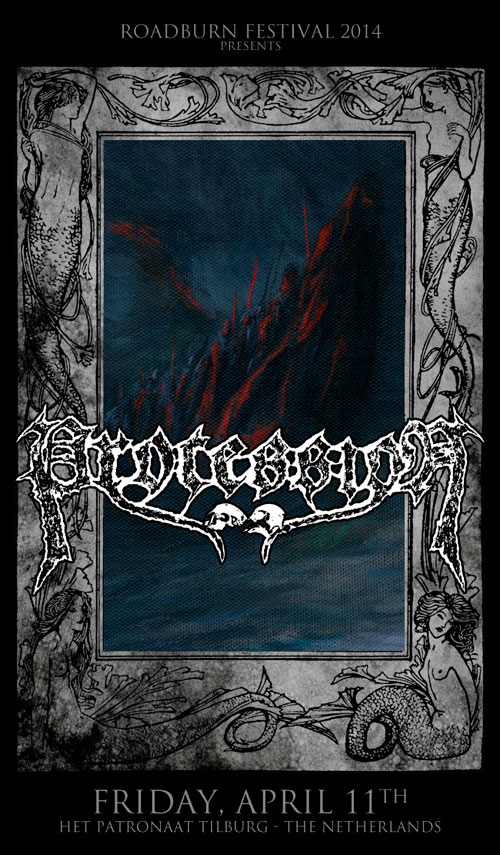 Possessed of such a strong sorrowful and moving air, part Chilean, part Swedish doom metal titans Procession are easily one today’s truest torchbearers of classic epic doom, carrying on the tradition of Candlemass and Solitude Aeturnus.

The band’s latest album, the utterly compelling To Reap Heavens Apart, ranks among the very best Roadburn-related albums of 2013, and they’re thrilled to announce that Procession will bring their gorgeous, massively heavy riffs and majestically morose vocals to Roadburn Festival 2014 on Friday, April 11th at Het Patronaat in Tilburg, The Netherlands.

Living up to the high expectations set by the release of The Cult of Disease EP and Destroyers of the Faith full-length, To Reap Heavens Apart carries the weight of the world to an emotionally effecting extreme and puts the band at the very top of their game – taking every haunting passage at a funereal pace, trudging through eternal darkness and utter hopelessness, Procession extinguish our very soul with their glorious despair.