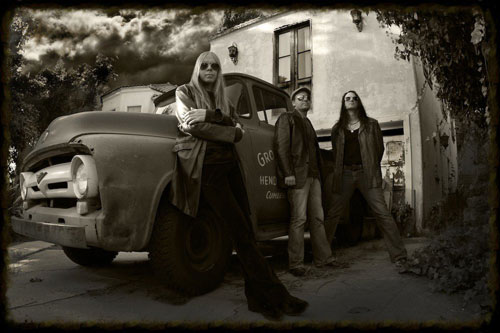 THE UEMG, which of course stands for The Ultra Electric Mega Galactic, is Ed Mundell’s new stoner rock supergroup and, despite Google’s best efforts to assure you otherwise, not a University in Brazil.

The band sound how their moniker suggests they might: spaced out, inviting and other worldly – it would be all too easy to lose yourself in the instrumental, fuzzy groove. Their sound is begging to be committed to vinyl and complemented by a cold beer or perhaps some other fashion of herbal remedy. Pick your poison, but whatever you do, don’t miss The Ultra Electric Mega Galactic at DesertFest London 2014.

Trippy Wicked & The Cosmic Children Of The Knight At DesertFest 2013