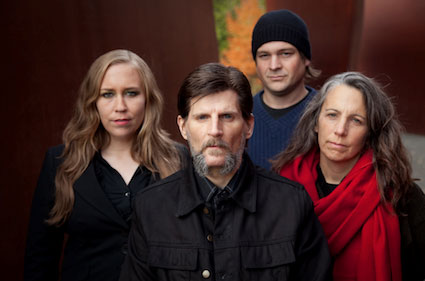 Following the release of EARTH’s praised Angels of Darkness, Demons of Light I – released by Southern Lord in February 2011 — the public’s first chance to hear a number from the 2nd installment of the series has arrived.

While conceived in the same sessions as the first installment, recorded by Stuart Hallerman at Avast and mastered by Mell Detmer, Angels of Darkness, Demons of Light II invokes even more improvisational and unrestrained energy than its predecessor. Traces of this progression are evident in the track “His Teeth Did Brightly Shine” — the second song from the upcoming album — as premiered worldwide today by Spin Magazine at this location.

Angels of Darkness, Demons of Light II will be released by Southern Lord February 14th via CD, 2xLP and digital download and you can also read Tom’s review which also went live today HERE.