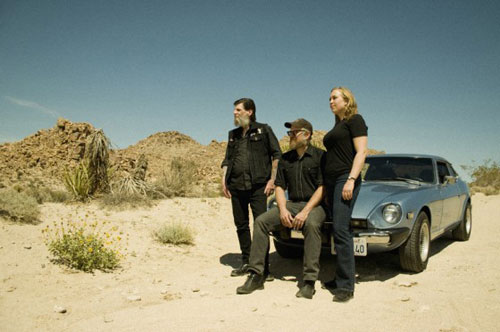 With the next phase of EARTH’s ongoing evolution coming closer to actuality, as their tenth studio LP, Primitive And Deadly, is set to see European release on September 1st & in North America on September 2nd via Southern Lord, the group announces the next phase of international touring in support of the album, in the form of a month-long US tour.

With the band’s treks through Japan, Australia and New Zealand behind them, and their trek into Europe set to begin late this month, EARTH will bring their new material to American fans. From September 4th, commencing in their hometown of Seattle, the new venture will see the band winding counter-clockwise around the entire perimeter of the country through October 3rd, the last show taking place in Boise, Idaho. With twenty-five performances confirmed, additional shows are expected to be added in the coming days. Direct support for EARTH on the entire trek will be provided by dark folk act, King Dude.

From The Zodiacal Light, the first single from Primitive And Deadly, was recently broadcast to the world via Pitchfork; find it at THIS LOCATION.

With Primitive And Deadly, for the first time in their diverse career, EARTH’s founding guitarist Dylan Carlson and long term cohort, drummer Adrienne Davies allow themselves to be a full-on rock band. Here the dialog between Carlson and Davies drumming remains pivotal, underpinned by the sympathetic bass of Bill Herzog (Sunn O))), Joel RL Phelps, Jesse Sykes and the Sweet Hereafter) and thickened by additional layers of guitar from Brett Netson (Built To Spill, Caustic Resin) and Jodie Cox (Narrows). Primitive And Deadly also brings forth the band’s first vocal contributions since 1996’s Pentastar LP, and first in the band’s second incarnation, with guest vocalists Mark Lanegan and Rabia Shaheen Qazi (Rose Windows), who transform these thundering, organic songs into something approaching traditional pop structures. The foundation of the record was laid in the mystic desert high lands of Joshua Tree, California at Rancho de la Luna where EARTH recorded after hours of meditation on each track’s central theme. Upon returning to Seattle these were edited, arranged and expanded upon at Avast with the help of long-term collaborator Randall Dunn (Sunn O))), Wolves In The Throne Room, Eagle Twin). Thick, dense and overdriven, melodically rich and enveloping, Primitive And Deadly is EARTH reaffirming their position as a singular point in the history of rock.

Preorders for Primitive And Deadly will be available in the next few days. Stand by for further live and album news transmissions from the EARTH family. 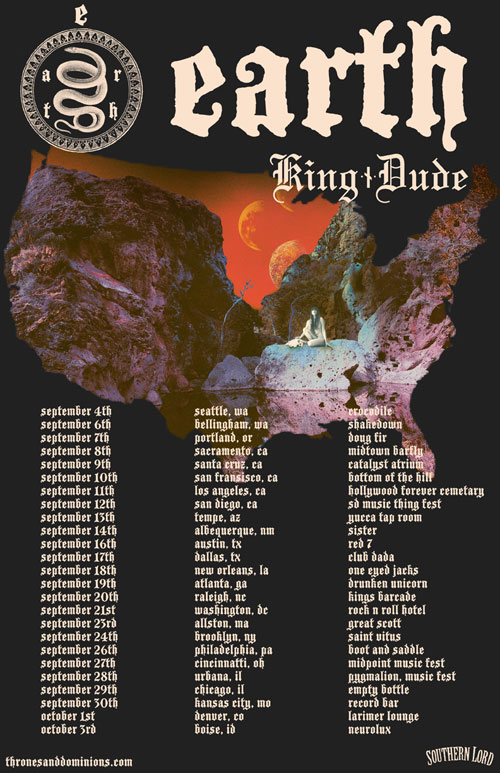