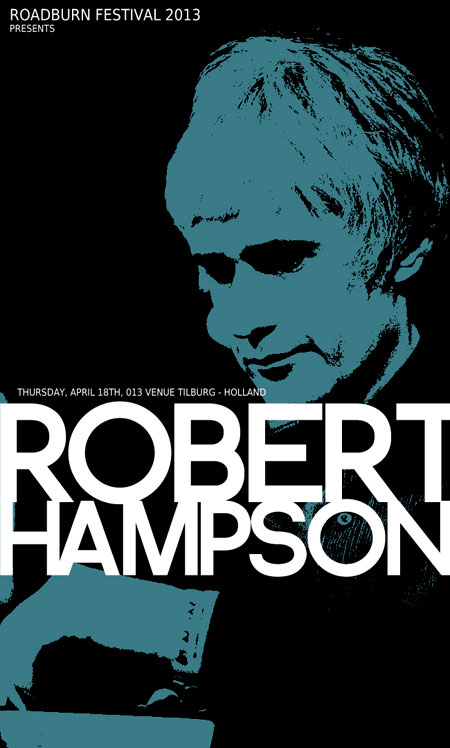 Prior to Godflesh’s Pure blitz (set for Saturday, April 20th), ambient / drone-legend Robert Hampson will deliver a solo performance at Roadburn Festival 2013 on Thursday, April 18th at the 013 venue in Tilburg, Holland.

Robert Hampson is known amongst drone-rock aficionados as the founder of Loop, a seminal band in recent psychedelic music that combined the sentiment of Kraut Rock with the guitar-driven sonic attack of bands like the Stooges and MC5. After becoming increasingly more experimental, Hampson ended Loop and formed Main, a group that became an extremely important fixture in experimental and ambient scenes throughout its 16-year existence.

Dense cyclical guitar manipulations and analogue electronics pulse, ebb and flow in a hazy, almost psychedelic, maelstrom: at times you could say that Hampson is returning to his Loop roots, but is always jittery enough to push forward rather than simply rely on his past.