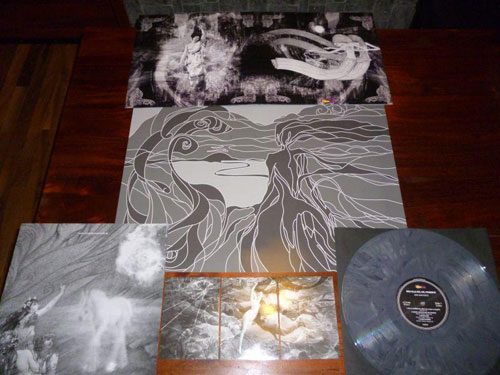 The album, which earned record of the year accolades in such mainstream media as El Comercio and Caretas magazine, was originally issued in late 2010 via joint release between Espíritus Inmundos (Peru), and Golden Procession (Japan), only on CD format, making this the first time the album’s available worldwide in an analog format.

The LP will be released on gatefold 180g vinyl, featuring reimagined cover art by Karen Müller, in classic black, white, and ultra-limited die-hard marbled grey wax. The latter also includes an A2 sized poster and 3 postcards.

Here’s what the press has said about the album:

The album is very accessible and has a great amount of variety that will appeal to stoner-rock fans and traditional prog-rock and psyche rock listeners. I highly recommend you check this album out. Ed Barnard (doommantia.com)