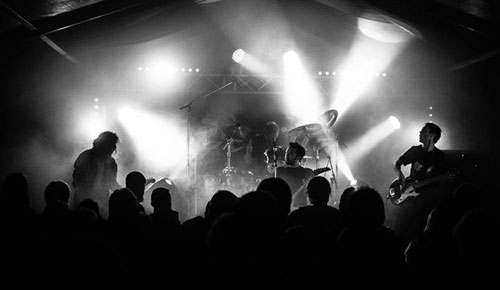 Swedish stoner rock hellions, DEVILLE, will bring their hazy hymns to US shores next week. The seventeen-date journey will commence on June 5th in Madison, Wisconsin and wind its way through the East Coast and Midwest coming to a close on June 21st in Chicago, Illinois.

The band will be touring in support of third full-length, Hydra, released via Small Stone Recordings last year.

Gushed Sputnik Music in a 4.5/5 review, “On their third album, Malmö-based DEVILLE are at the top of their game following the footsteps of such acclaimed outfits as Dozer, Lowrider and Truckfighters. Even though their prime influences are rather apparent, DEVILLE opt for modern production that accentuates their fuzzy guitar tone placing their style in a distinctly contemporary context. The foursome ventures into heavy metal, alternative rock and even pop making all these arbitrary influences integral ingredients of their style. That’s why, Hydra sounds more like an extension to the booming stoner rock scene than a relic of the past, embracing various directions that the quartet’s peers usually steer clear of.” Metal Temple commended the band’s “brilliant riffs and hooks, and great choruses,” Blabbermouth opined, “there’s plenty of brawn, bluster and …guitars all over Hydra; but lots of texture and flexibility too, offering clever dynamics and evincing broader emotions to elevate DEVILLE above the mediocre Orange Cabinet-abusing masses out there,” while The Big Takeover added, “Despite his punk rock upbringing, Dave Grohl has a passion for loud and heavy rock and, at times you can hear that in Foo Fighters music. Had Grohl grown up with only classic rock albums and an older brother with a Camaro, it’s likely they’d sound like Sweden’s Deville. Similar to bands such as Torche or Fu Manchu, DEVILLE weaves their way between the grunge and stoner rock genres, pleasing both fan bases equally.” 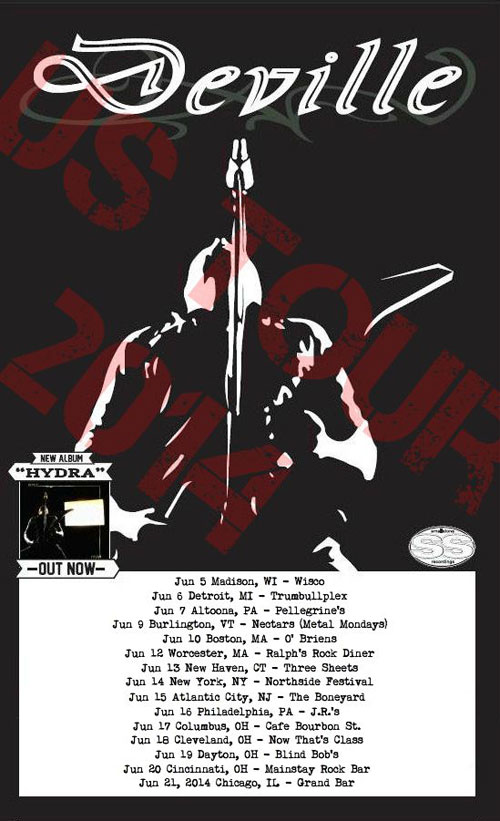 Peep at the band’s official video for ‘The Knife‘ below and Hydra is out now on Small Stone Recordings which can be purchased at THIS LOCATION.