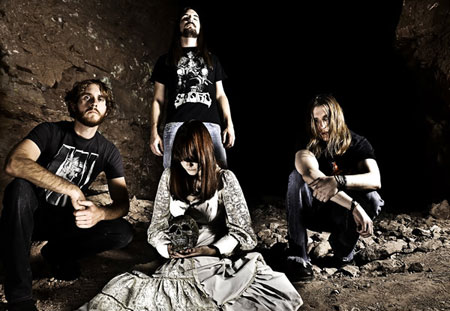 The Hundredth Name is a conceptual album as previously confirmed by drummer Jeremy Brenton. Its story line follows, “The long-begotten son of Satan, who’s been sent to earth to assemble the three parts of the devil’s bible so that we can speak the name of God in reverse and undo creation.” Songstress Shanda Fredrick adds, “We have had the concept idea for the album for a few years. We have just been waiting until we signed to a proper label to finish writing it. Working with Billy was a dream come true for us. He has been like a fifth member of the band, a mentor, and just an all-around awesome friend. He helped us craft something that we are very proud of.”

Formed in 2011, DEMON LUNG features guitarist Phil Burns and bassist Patrick Warren, with Fredrick and Brenton. The band has a singular EP, Pareidolia (Bandcamp 2012), currently available. The recording was favorably received by international media. “Earthy-yet-horror-themed doom metal a-la Candlemass,” said Metal Hammer. “Their hazy atmosphere and unorthodox way of playing guitar in a doom metal band is an interesting approach that doom fans should immediately check out,” noted Metal Archives. “Their music is clearly from the soul,” added Ave Noctum. In their still short history, the band has performed alongside Pentagram, High on Fire, Jucifer, Witch Mountain, and Castle, among others. 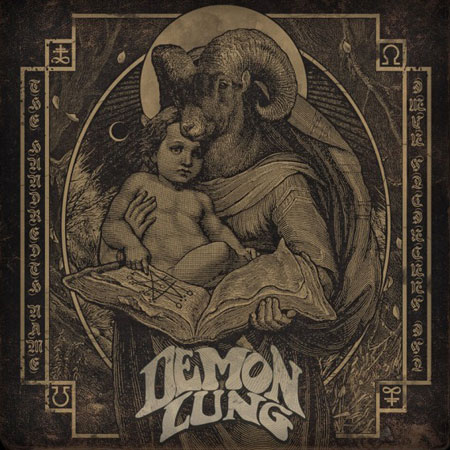 DEMON LUNG has announced the following dates in April. Additionally, the band are set as a featured performer at the third installment of the Doom In June Festival (also featuring The Skull, Manilla Road, Karma To Burn, Ancestors, Las Cruces, Castle and more). Doom In June is sponsored by Heavy Planet, Planet Fuzz, Doom Metal Alliance, and Hellride Music.