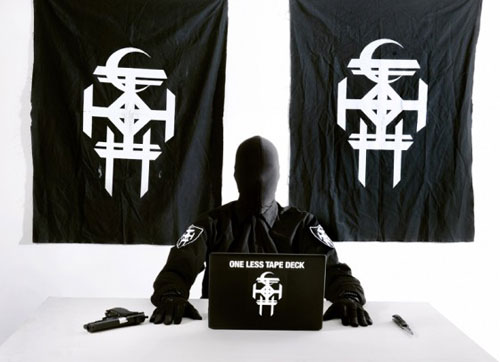 CORRECTIONS HOUSE Minister Of Propaganda, Seward Fairbury, was located at a mental health facility in Northwestern Arizona last Friday. Some weeks back Fairbury was involved in some sort of as-yet-undetermined violence in his Northern California home. No charges have been filed as of yet. He’s been missing for nearly two months.

Interim band spokesperson/guitarist Scott Kelly had this to say: “We have been searching as best we could and maybe even praying a little for Seward to turn up somewhere. To put it mildly, he’s complicated and we truly barely have a grasp on who he even is in reality. We know that he has attached his psychic warhorse to our souls and ourselves and I think anyone who’s ever been in contact with him knows that’s just one those, it is what it is, type situations. He’s with us for better or worse. I guess now we will just wait to see what emerges from these latest shadows that he’s fallen into.”

Fairbury’s past is virtually unknown aside from his family’s lengthy criminal history which dates back to earliest settlers in the Northern California region. He has been involved in the music scene for well over thirty years in some capacity or another. He has previously dealt with psycho schizoid issues.

CORRECTIONS HOUSE will continue their live assaults this week in Chicago on August 28th and 29th as direct support of the legendary Sleep at Thalia Hall with an additional ritual slated to take place at this year’s edition of the Housecore Horror Film Fest. CORRECTIONS HOUSE will also continue diligent work on their second album which nears completion.

Last City Zero was released last year via Neurot Recordings to critical acclaim which Mark crowned in his review that it’s “The coming together of Corrections House seems like one of those moments where the protagonists caught lightning in a bottle, a project designed to explore the diseased, dark underbelly of the American Dream, like the soundtrack to a David Lynch film, both mesmerising and terrifying at the same time.”